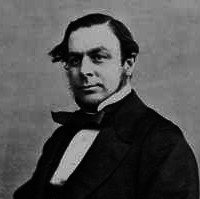 Francis Hardy Faulding's exact birthdate is unknown, but he was baptised on 23 August 1816. His parents were Francis and Mary Ann Hardy.
1842

Faulding served as the assistant surgeon aboard the immigrant ship 'Nabob', and travelled to Port Adelaide via Sydney.
1845

Faulding opened a retail pharmacy at 5 Rundle Street, and became an importer and distributor of drugs and patent preparations.
1852

Faulding followed his father-in-law onto the Adelaide City Council at the first election for the reconstituted corporation.
1861

Becomes Trustee of the Savings Bank

Faulding was also re-elected to the Adelaide City Council in the same year as a representative for Hindmarsh Ward.
1861

Faulding entered a business partnership with physician-turned-pharmacist Luther Scammel, and secured the future of his pharmacy company, F.H. Faulding & Co.
1863

Made Director of Bank of Adelaide

Faulding resigned from this position approximately one year later due to ill health.
1868

Francis Hardy Faulding, the founder of the pharmaceutical manufacturing company, F.H. Faulding & Co., was born in Swinefleet, Yorkshire, England. His exact birthdate is unknown but he was baptized at Swinefleet on 23rd August 1816. His father, Francis Faulding, a surgeon, and his mother, Mary Ann Hardy, were married the year before, on 7th September 1815, in the village of Whitgift. Francis Hardy Faulding emigrated to Australia as the assistant surgeon aboard the emigrant ship Nabob, arriving in Sydney in February 1842 and later continuing to Port Adelaide, where he arrived on 19th May.

He seems to have worked for a time with fellow Yorkshireman Thomas Greaves Waterhouse, general merchant and shipping agent, before opening his retail pharmacy at 5 Rundle Street, Adelaide, in May 1845. He employed his brother Joseph, who remained in England, as his buyer, and became an importer and distributor of drugs and patent prep-arations. He also acquired land in Clarence Place at the rear of his shop and built a warehouse and rudimentary factory there in order to develop standard preparations of his own.

Faulding became a prominent businessman through property and share dealing as well as his pharmacy business, and consolidated his position with marriage connections. His sister Eliza followed him to South Australia in 1851 and in August 1852 married his long-time friend and business acquaintance, Thomas Waterhouse. The following month, on 16th September 1852, Faulding married Eliza Macgeorge at her father’s home ‘Urrbrae’ (now part of the Waite Agricultural Research Institute). Macgeorge was another prominent businessman, whom Faulding followed onto the Adelaide City Council at the first election for the re-constituted corporation in December 1852.

Faulding secured the future of his company when he took into partnership Luther Scammell, a physician-turned-pharmacist whom he supplied with medicines. The partnership agreement took effect from 8th June 1861, though it was 31st December before it was signed. Faulding left the day-to-day management of the business in the hands of Scammell while he focused on his other business pursuits. He became a Trustee of the Savings Bank in 1861 and in December of that year was returned to the Adelaide City Council, this time as one of two representatives for Hindmarsh Ward. He served as a member of the finance committee at a time when one of the major tasks of the Council and the committee was the letting of tenders for the construction of a town hall. He did not seek re-election when his term expired two years later. He was a member of the Adelaide Chamber of Commerce in 1862 and the following year was elected a Director of the South Australian Insurance Company. In February 1867 he became a Director of the Bank of Adelaide, still under the control of its founding chairman, Henry Ayers. Ill-health forced him to resign only a year later.

Faulding was a devout Methodist and proved to be a generous supporter of the Church in South Australia. In 1865, along with Thomas Waterhouse, he helped to fund the building of the Kent Town Methodist Church and also became a benefactor of Prince Alfred College.

F.H. Faulding & Co. prospered despite hard times in the colony in the mid-1860s, with Scammell becoming an equal partner in the firm following a revaluation of the business in July 1867. Faulding had never been a robust man and on 19th November 1868 he died at his Glen Osmond home, ‘Wooten Lea’, which is now part of Seymour College. He was interred in a vault at West Terrace Cemetery. He had no children and the company ultimately passed to Luther Scammell, the surviving partner. 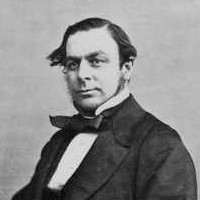 Image courtesy of the State Library of South Australia, SLSA: B 3203, Public Domain 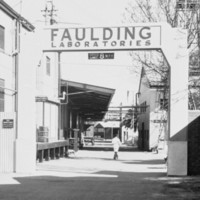