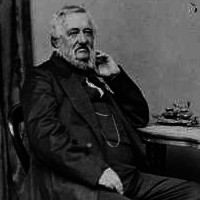 Charles Everard, accompanied by his wife Catherine and their four children, set sail from England on the Africaine on 28 June 1836 for the colony of South Australia. He was the ship’s doctor, having trained at various hospitals and private medical schools in England. Being ship’s doctor gave him free passage. In addition he received a capitation grant of 10s for each passenger ‘delivered in South Australia alive’.

Dr Everard’s duties on board included conducting the occasional church service. He was a Unitarian and his first sermon offended a large number of the congregation by omitting references from the Creed and Litany. Ordered to redress this omission in future services, he complied.

The Africaine arrived at Nepean Bay, Kangaroo Island on 3 November 1836, but after a few days proceeded to St Vincent’s Gulf. Landing at Holdfast Bay (Glenelg) on 9 November, Everard with his family and brother, William, moved their belongings into tents. With the assistance of a labourer they built a modest cottage and garden about 1½km from the beach.

Everard was a member of the South Australian Association for the establishment of a colony on the Wakefield system. Prior to leaving England he purchased land for £400 and was allocated five ‘town acres’. These proved very beneficial to the family: for example, acre 17 was on North Terrace and acre 303 on the corner of Wakefield Street and Victoria Square where government buildings were to be erected. During 1837 the Everards lived in a house on acre 71 on the southeast corner of Morphett Street and Hindley Street. Meanwhile the family built ‘Ashford’ at the Black Forest south of the Bay Road (Anzac Highway from 1924) and settled there in July 1838.

‘Ashford’ was a mixed farm and Everard and his family worked hard to establish and keep it going. It included a wide variety of fruit and vegetables, wheat, cattle and one of the early plantings of vines. Although struggling at first, the farm prospered as Everard’s skills developed: at Glenelg he had grown the first watermelons and sweetmelons, and planted the colony’s first mulberry tree on the mainland, while his later land holdings included property at Myponga, where cheese and bacon were manufactured, and Rapid Bay (News, 8 September 1927; Ireland).

Everard appears not to have practised much as a physician in the colony: at least, he is not known to have practised for a fee and he did not register as a doctor. He acted in a voluntary capacity as the colonial surgeon for two months until the appointee, Dr Thomas Cotter, arrived in January 1837. In addition to his farming enterprises, he made his money as a landlord through renting buildings on his land (Ireland). He became a Justice of the Peace and sat on the bench of the Local Court. He was a member of the Central Road Board for some years. On 9 March 1857 he was elected to the Legislative Council under the new constitution and served until 18 March 1869. His eldest son, William (1819–89), also was a parliamentarian for a short period and it is his surname that was given to ten places in South Australia (Manning).

Charles George Everard was born in Marshfield, Gloucestershire, England and baptised at St Michael’s Church in Winterbourne on 29 August 1794. He died on 30 March 1876 at the age of 81 and is buried in the family vault in West Terrace Cemetery, Adelaide. The Adelaide suburb of Everard Park and Everard Terrace, Forestville recognise the family name. The adjoining suburb of Ashford was an early twentieth century subdivision by the CJ Everard Trust Estate of his son Charles John’s properties and takes its name from the family farm ‘Ashford’. 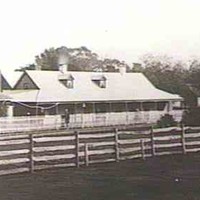 Image courtesy of the State Library of South Australia, SLSA: B44580, No known copyright restrictions 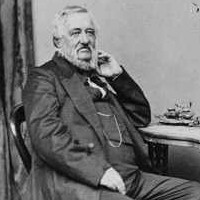 Image courtesy of the State Library of South Australia, SLSA: B6698, No known copyright restrictions 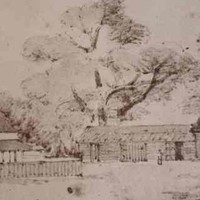 Image courtesy of the State Library of South Australia, SLSA: B63579, No known copyright restrictions 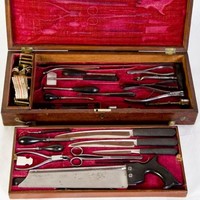 How wonderful Richard, and fantastic to know those documents will be preserved for future generations.