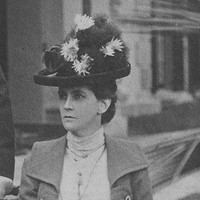 Her major project was the Queen’s Home, a maternity hospital in Rose Park. She raised the money through a ‘shilling fund’ publicised through the Register newspaper with the foundation stone laid in 1901.
1978

An edition of her letters published in 1978

Audrey Georgina Florence Tennyson (née Boyle) (1854–1916) married Hallam, the son of Poet Laureate Alfred Tennyson and met the artists, writers, politicians, intellectuals and colonial statesmen who frequented their Isle of Wight home. Accompanying her husband (governor of South Australia from 1899–1903), Tennyson took a particular interest in the conditions of South Australia’s poor and sick. Her major project was the Queen’s Home, a maternity hospital in Rose Park. She raised the money through a ‘shilling fund’ publicised through the Register newspaper and the foundation stone was laid in 1901. Tennyson intended the home to be a place where country and outback mothers could be admitted for safe confinements, even without paying fees, but Adelaide doctors frustrated her plans. The home was renamed the Queen Victoria Hospital and is now (2001) an apartment building; an edition of her letters was published in 1978. 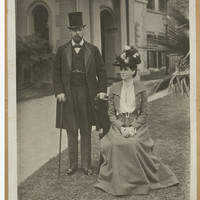