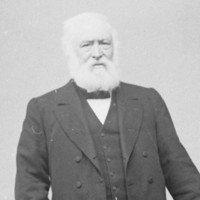 Andrew Alexander Kirkpatrick was born in London, England, on 4th January 1848. His mother, Mary Ann Gildin (née Stinton), was a nurse who served in the Crimean War alongside Florence Nightingale. His father, Patrick Alexander Kirkpatrick, an Irish railway policeman, died in 1849. Andrew, one of thirteen children, began work on a farm at the age of nine. In 1860 he emigrated with his mother to Adelaide, where he became an apprentice printer while attending night school. He worked at the Advertiser and at the Government Printing Office before establishing his own business. On 4th April 1878 he married Catherine Maria Cooper and they had seven children.

Kirkpatrick was a founding member of the Typographical Society of South Australia in 1874 and its president in 1882. In 1883 he became President of the National Reform League which his union had founded in 1880 to organize the workers into a powerful political association. The following year he was a founding member of the United Trades and Labour Council. His political and union interests were not narrowly industrial; he was dedicated to the broader objectives of the labour movement. However, he had no socialist or revolutionary leanings.

In the late 1880s the U.T.L.C. endorsed, and supported for election, candidates sympathetic to Labor’s interests. Kirkpatrick, who strongly supported the Eight Hours Movement, wanted legislative protection for the drivers of horse-drawn trams and their boy assistants, who worked from seventy to eighty hours per week. With the rapid growth in unemployment, Kirkpatrick advocated protection for South Australia’s industries, believing that it was better for men to have work and to pay more for goods rather than to have no work at all. For him the payment of politicians was a means of breaking the stranglehold that the wealthy classes had over politics.

In January 1891 the U.T.L.C. set up a Legislative Council Elections Committee, which soon became known as the Council of the United Labor Party of South Australia. It insisted on the principles of unity and accountability of all Labor candidates. With the introduction of payment of politicians, Kirkpatrick became one of three candidates to contest successfully the Legislative Council elections in May 1891, serving a six-year term.

During this time he showed a special interest in constitutional reform, unsuccessfully proposing a radical private member’s franchise extension bill in 1894. He was less radical in his support of the strikers at Broken Hill in 1892, even though he pledged the solidarity of South Australia’s unions. On the issue of women’s rights, Kirkpatrick promised in 1891 to support the right of all men and women to vote for both Houses of Parliament without any property qualifications. By pioneering the principle of equal pay for women, Kirkpatrick demonstrated his support for women’s equality.

In 1900 he returned to the Legislative Council, serving as leader of the government in the Council, and as Chief Secretary and Minister for Industry in the Price-Peake Labor-Liberal coalition government of 1905-09. In 1909 he resigned to become the state’s first Labor Agent-General in London but resumed his political career in 1915 as the member for the House of Assembly seat of Newcastle. With the 1917 split in the U.L.P. over conscription, he became leader of the party for a short time and in 1918 he re-entered the Legislative Council, holding a seat until his death. He held a number of portfolios in the Gunn Labor government (1924-26) and in the Hill Labor government (1926-27).

Throughout his political career he was considered a quick witted, cool and fluent debater. He was a highly respected and faithful Labor leader who was noted for his honest and straightforward approach. After a long illness, Kirkpatrick died on 19th August 1928. He was accorded a State funeral and was buried at Payneham Cemetery. 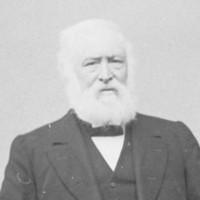 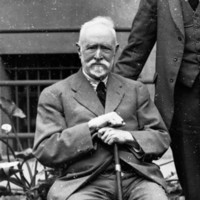 I am trying to get a copy of the books by Pamela Illert concerning Bartels and Kirkpatrick families. Can someone contact me with a contact to do this. I live in NSW and am a published writer and historian. Regards Daniella

They are available at the National Library Daniella, and the State Library of New South Wales, you may be able to request to access them through your local library if you can't make it to either of these institutions.

Have you corrected some of the details in your posting after reading the story I sent you? If so, you still have lots wrong. Please change the name GILDIN to GIBLIN - you will see that if you purchase their marriage certificate. Also, you need to acknowledge my assistance in your list of sources and it would be better if you simply replaced the present entry with my entry as mine is more comprehensive and detailed. Im not being treated very well by your website and probably won't send in any more stories to you - your great and significant loss - as I have hundreds of significant South Australians written up and ready to post somewhere .

Hi Pamela,
I was on leave when your original contribution and this comment came through, and it looks like the notifications were missed in my absence. I am currently working through a backlog of contributions, and can still publish yours if you are happy for me to do so. I can not make changes to any articles published first through 'SA Greats' without consulting the publishers who gave us permission to use these articles, but I will contact them re. your corrections.