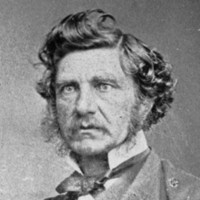 By any account, Alexander Tolmer was a colourful character whose thirst for action and adventure was matched only by his determination to win recognition and respect from his peers. Throughout his ‘adventurous and chequered career’, Tolmer could be variously described as sailor, mercenary, cavalryman, policeman, artist, violinist and author.

The son of a French officer who had fought under Napoleon, Alexander Tolmer was born in London in 1815 where his parents had fled, having switched allegiance to the Bourbons. He was an only child and his mother died two months after his birth. He had a complicated and difficult childhood which saw him educated at a number of French and English schools, where he was taunted and bullied for being either English or French. Through necessity, he learnt early to use his fists and assert himself. Initially raised by relatives in France, he returned to England when he was eight to rejoin his father but ran away from school, saw work on colliers plying the coast, returned to become an articled teacher and then enlisted in a cavalry unit being raised in England to fight in a civil war in Portugal. Here he was twice wounded but sufficiently distinguished himself to be personally presented with the Order of the Tower and Sword by the Portuguese Emperor and Empress while in hospital. He was just 17 years of age.

Small of stature, bilingual and with a distinctive French accent, Tolmer enlisted in the 16th Lancers in Kent as a private soldier and advanced to Acting Adjutant and Riding Master. In 1836 he married Mary Carter and, failing to get the promotion he coveted, emigrated to South Australia on the Brankenmoor, arriving in February 1840.

Presenting his credentials to Governor Gawler on arrival, he obtained a position as Sub-Inspector with the Mounted Police, which had been formed less than two years earlier. He was soon promoted to Inspector and also appointed captain and adjutant of cavalry in the Volunteer Militia. Ambitious, talented and hardworking, Tolmer relished his new career in policing and enjoyed a strong public following. He spent much of his time in the bush and became noted for his vigorous pursuit of bushrangers, murderers, smugglers and cattle duffers.

With the respect and prestige he had achieved, he was difficult to overlook when the office of Police Commissioner became vacant, and he was duly appointed in January 1852. One of the most brilliant ever to hold the office, his appointment would last for just 22 months and was destined to be one of the shortest but most turbulent in South Australian police history. He remodelled the police force and introduced a number of innovative reforms, including native police.

From 1851 the exodus of South Australian men to the Victorian gold-fields had created a critical labour shortage and a potentially disastrous drain of currency from the colony. Tolmer promptly initiated the overland escort to bring the gold back to Adelaide. The first escort by police troopers took place, under Tolmer’s personal supervision, in February-March 1852 and the service continued until December of the following year. The gold was smelted in the basement of the Treasury Building in Victoria Square and either minted into coins or exported to England, thus reviving the South Australian economy.

Through his quick temper and intolerance of criticism, Tolmer created enemies both within his own ranks and in the government, and he was dismissed as Commissioner in November 1853, demoted to Superintendent and then had his position abolished altogether. He subsequently served as a Crown Lands Ranger and Sub-Inspector of Credit Lands before retiring in 1885. His first wife died in 1867, leaving him three children, and on 14 October 1869 he married Jane Douglas, with whom he had six children. He died on 7 March 1890 and was buried at Mitcham Cemetery. 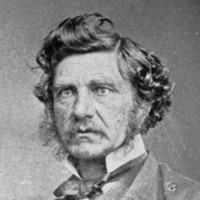 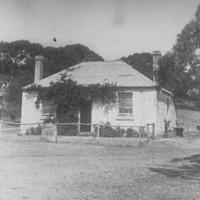 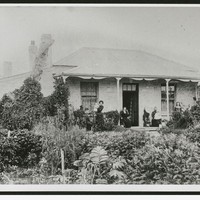 Tolmer, A., Reminiscences of an adventurous and chequered career at home and at the Antipodes (London: Sampson Low, Marston, Searle & Rivington, 1882, facsimile; Adelaide: Libraries Board of South Australia, 1972).