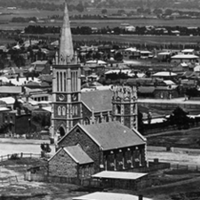 Panorama of Adelaide, 1865. Photographer: Townsend Duryea. Courtesy of the State Library of South Australia, SLSA: B5099

The Duryea Panorama is a series of photographs providing a birds-eye view of colonial Adelaide. Townsend Duryea took this circular view of the city in late 1865. His pictures, fifteen in all, were taken from the scaffolding around the newly completed tower of the Adelaide Town Hall. He began in the morning, facing north, and worked his way around the tower in an anti-clockwise direction to avoid the sun shining into his camera lens.

The panorama was photographed using the wet-plate process, which replaced the daguerreotype. The wet-plate process required a portable darkroom for any outdoor photography because if the plate dried between exposure and development, it was ruined. Duryea must have taken his darkroom with him up the Town Hall tower so that he could develop each picture as soon as it was exposed.

Townsend Duryea was born in Long Island, New York in 1823. He was trained as a mining engineer, then took up photography. He left the United States for Melbourne in 1852 and three years later moved to Adelaide where he soon became the colony's leading photographer.

When Queen Victoria's son Alfred, Duke of Edinburgh, visited Adelaide in 1867, he chose Duryea to be his official photographer. Duryea's studio was on the corner of Grenfell and King William Streets. In 1875 a spectacular fire destroyed both the studio and Duryea’s entire collection of 50,000 glass plate negatives. He gave up professional photography and moved to the Riverina in NSW, where he farmed until he died in 1888. 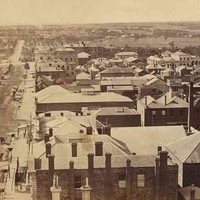 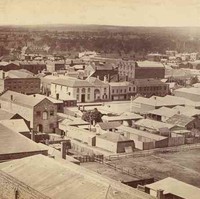 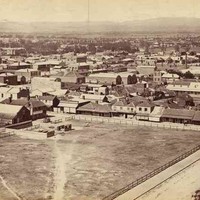 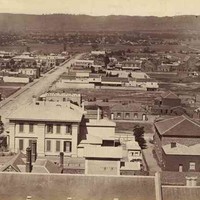 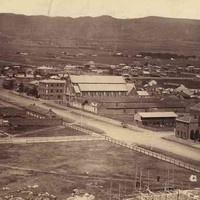 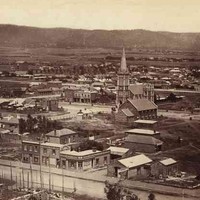 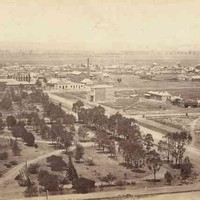 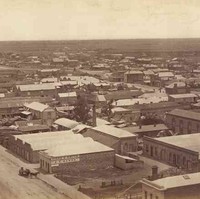 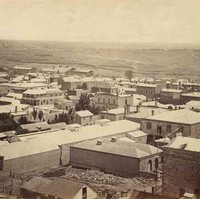 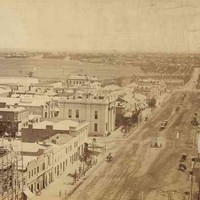 Hi Kathleen,
The panorama panels are currently in the Drill Hall at the Torrens Parade Grounds. We'll go through the files and try to get more pictures up here as well, in the mean time you can access them through the State Library: http://www.catalog.slsa.sa.gov.au/search~S3/?searchtype=e&searcharg=B+50...

How can whole panorama be accessed please?