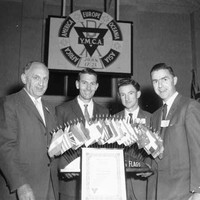 The Adelaide branch of the YMCA is the first in Australia and one of the first outside Europe. It is disbanded about three year later after the majority of its membership depart for the Victorian goldfields.
1879

The Adelaide branch of the YMCA is re-established following failed attempts to create branches in Burra, the Mid North and Brompton.
1880

The first YWCA in Adelaide is founded by Mary Colton at the Wesleyan Methodist Church on Pirie Street.
1884

Adelaide's first YWCA headquarters is established on the west side of Hindmarsh Square. Today, it is located on Hutt Street.
1958

During the mid-twentieth century, Adelaide's YMCA headquarters moves to a modern facility on Flinders Street. Today, the South Australian headquarters of the YMCA is located in the suburb of Seaton.

Founded by George Williams in London in 1844, the YMCA soon spread to several European countries. The Adelaide branch of the London YMCA, formed in 1850, was the first YMCA in Australia and one of the first outside Europe. However, it came to an end about three years later following the exodus of many members to the Victorian goldfields. Ventures at Burra in the Mid North and suburban Brompton were likewise short-lived. The Adelaide branch was refounded in 1879 with the support of an influential group of city clergy and businessmen. Its first permanent headquarters, at the corner of Grenfell Street and Gawler Place, was opened in 1884. This was replaced by a modern building in Flinders Street, opened in 1958 and demolished in 2004. In 1888 the YMCA began Our Boys Institute for work among boys. For young men, activities included Bible classes, sporting teams, lectures, debating and choral societies, a gymnasium, camps and an employment and immigration department. JJ Virgo, general-secretary from 1886 to 1900, was prominent in Adelaide’s religious life and conducted evangelistic services on Sunday evenings at the Theatre Royal in Hindley Street. During the twentieth century the YMCA founded branches in country towns and Adelaide suburbs and began new programs which now operate in partnership with the government and the local community. These include gymnastics, aquatics, outdoor camping and programs for children and youth. In 2011 the YMCA operates from 12 sites in South Australia; its headquarters are at Seaton.

The YWCA, the female equivalent of the YMCA, emerged in the mid nineteenth century from church-based organisations in England and the United States. In Adelaide a YWCA was founded in 1879 by Mary Colton at Pirie Street Wesleyan Methodist Church. In 1884 this became an interdenominational body affiliated with the parent association in England. Initially its main object was the religious conversion and moral protection of young women working in the city. There were close organisational and personal links between the founders of the YWCA and the YMCA. The first permanent headquarters, in Hindmarsh Square, Adelaide opened in 1900. The work of the YWCA expanded to include physical recreation, social and educational activities, aid for travellers, an employment department and hostel accommodation. New branches were formed outside Adelaide and members were encouraged to form community-based clubs. Influenced by feminism, the YWCA is active in the public sphere on issues concerning women.

Although the original evangelical impulse has diminished over time, both organisations retain a liberal Christian ethos. 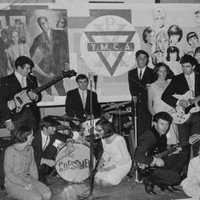 A band called 'The Chessmen’ play at a dance in Mt. Gambier hosted by the YMCA, 9 April 1965
Courtesy of/Photographer:Arthur Studio (Mt. Gambier) 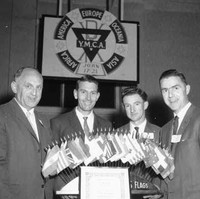 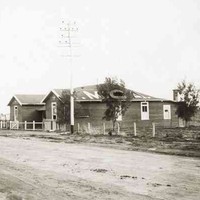 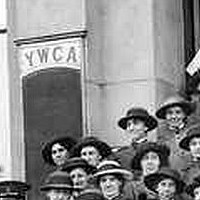 A group of Army nurses and military and civilian organisers stand on the steps of the YWCA Headquarters, 1914
Courtesy of/Photographer:Presto (Adelaide) 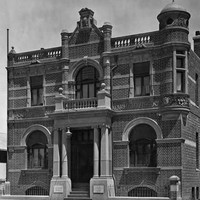 The YWCA Headquarters building on the west side of Hindmarsh Square, 1 November 1901
Courtesy of/Photographer:Ernest Gall 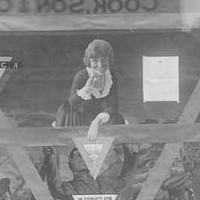 A window-front promotional display for the YWCA's Girls' Week charity, 1920 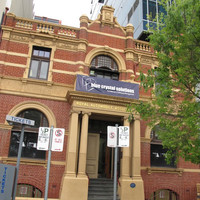 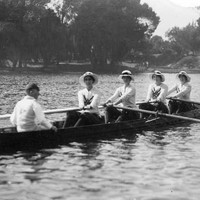 A YWCA rowing crew practices on the River Torrens, c. 1914

Dunn, Margaret, The dauntless bunch: The story of the YWCA in Australia (Melbourne: YWCA, 1991)

Young Men’s Christian Association of Adelaide, At milestone 50: A brief history of the Y.M.C.A. in Adelaide from 1850 to 1930, including the fiftieth annual report (Adelaide: YMCA, 1930)