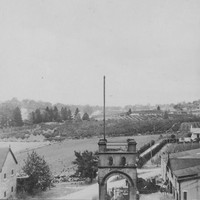 Yalumba expands to Oxford Landing near Waikerie in the Murray Region, and Pewsey Vale in the Barossa Valley, and begins to develop fine table wines
1988 - 1989

Robert and Sam Hill Smith buy out other family members and expand into New Zealand, California and France
1993

The oldest family-owned winery in Australia, Yalumba has seen enormous growth through five generations. Thanks to innovation in winemaking, marketing and management strategies, with its production diversifying from fortified ports and sherries to table wines, Yalumba has remained a family-led company in a field of public corporate wine producers of comparable status.

An immigrant Dorset brewer, Samuel Smith, and his wife, Mary, founded the winery in 1849 on the property ‘Yalumba’ near Angaston in the Barossa Valley. Samuel and his son, Sidney, formed the partnership S Smith & Son in 1877. By 1883 they had won prizes in national and international wine shows and were exporting to Victoria and New Zealand. The magnificent cellar of Angaston marble with its clock tower was completed in 1908. Walter ‘Tiger’ Smith, who married Ida Hill in 1894 (thus forging the family surname) managed the company’s expansion in the early twentieth century. As president of the Federal Viticultural Council from 1919 to 1923, he defended wine against prohibitionism. Tragedy struck the company in October 1938 when Walter’s successor, his son Sid Hill Smith, was killed in the Kyeema air crash en route to Canberra with other winemakers for government negotiations.

From 1958 Yalumba’s plantings expanded to Oxford Landing near Waikerie in the Murray Region, and Pewsey Vale in the Barossa Valley, as the company, directed by Wyndham Hill Smith, with wine-maker Rudi Kronberger and company secretary Alf Wark, developed fine table wines. Wyndham’s sons, Robert (Managing Director since 1985), and Sam Hill Smith, bought out other family members in 1988-9, expanded into New Zealand, California and France, and, in 1993, sold production rights for Yalumba’s well-known ports.

The Hill Smith family and Yalumba Wine Co have had a long-standing reputation for supporting the arts, sport and community affairs. In particular, they host the Barossa Harvest Market during the biennial Barossa Valley Vintage Festival. Local food producers sell their wares from stalls in the attractive winery gardens, where visitors enjoy a picnic and other happenings in a carnival atmosphere. 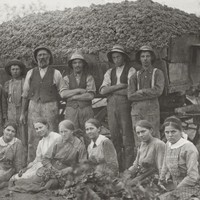 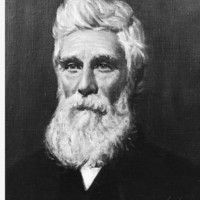 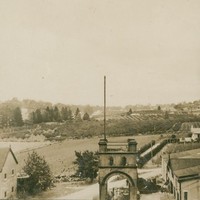