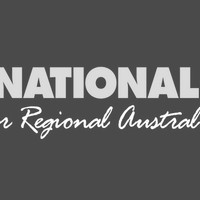 In the 1920s, in parallel with the other states, the Country Party was formed in South Australia.
1975

Renamed the National Country Party in 1975

Following the 1993 election the party underwent a more radical change. It campaigned in 1997 as a separate South Australian National Party, not affiliated with the federal body, and achieved immediate success.

The South Australian National Party had its genesis in rural pressure groups in the mid 1800s, and in rural disaffection with the alleged urban orientation of the Liberal Union after 1910. In the 1920s, in parallel with the other states, the Country Party was formed in South Australia, and for the next decade non-Labor politics saw variable relations between the two non-Labor parties. Following bitter election battles between them, especially in the 1928–31 period, they decided to amalgamate. The Country Party succeeded in its key demand – a bias of at least 2:1 toward the rural areas, both in the structure of the new party and in the South Australian electoral system – before it agreed to the unique Liberal and Country League (LCL).

Despite this, the LCL came under challenge from rural interests almost immediately. The 1938 election, the start of the Playford era of successive LCL victories to 1965, saw the election of 14 independents in the 39‑member House of Assembly. Eight of these were the Country Party ‘in disguise’, under the banner of the Centre Group, with support from the Country Taxpayers Association, the Wheat Growers Federation and a Victorian newspaper, The Countryman. By 1944 this representation had all but disappeared, and the LCL appeared dominant. But in 1963 the Country Party re-formed, this time as an ‘open’ party. Its purpose was to oppose the ‘urban bias’ of both Liberal and the Australian Labor Party (ALP), and to achieve decentralisation to rural areas. It faced a difficult task, as a generation of LCL allegiance in rural areas was hard to break. It won its first seat, Flinders, in 1973 when the ALP agreed not to stand in a number of key rural seats. The LCL, whose re-labelling as the Liberal Party in 1976 was a recognition of the changed party environment, regained the seat in 1993.

Change from the South Australian Country Party to the National Party

The South Australian Country Party, like the party elsewhere, changed its name to the National Country Party in 1975 and the National Party in 1982. Following the 1993 election, however, the party underwent a more radical change. It campaigned in 1997 as a separate South Australian National Party, not affiliated with the federal body, and achieved immediate success. Karlene Maywald won the Riverland seat of Chaffey, with an emphasis on local development and local issues, including a Teletrak facility – a ‘straight-line’ horse-racing business transmitted worldwide on the internet. The party intended to focus on other electorates with an ‘independent’ history, and the Liberal Party appeared to be in some real threat in its former heartland.

This is a revised version of an entry first published in The Wakefield Companion to South Australian History edited by Wilfrid Prest, Kerrie Round and Carol Fort (Adelaide: Wakefield Press, 2001). Revised by the author, uploaded 9 June 2015 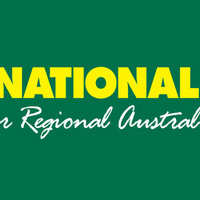