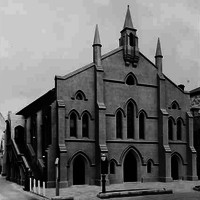 The first Methodist service in South Australia is held at Glenelg, and led by John White and Edward Stephens.
1838

The first Methodist church in Adelaide opens on Hindley Street and is led by Rev. William Longbottom.
1840 - 1900

During the mid-to-late nineteenth century, several branches of the Methodist faith expand throughout South Australia and become well established.
1900

After 20 years of debate, the three primary branches of Methodism in South Australia combine as one faith.
1977

All Methodist churches and other properties become part of the Uniting Church of Australia.

Methodism, begun by John Wesley within the Church of England, had become a separate denomination by 1796. By the time of European settlement in South Australia it had divided into several streams. Wesleyans (the largest and most prominent), Primitive Methodists, Bible Christians and Methodist New Connexionists all came to the colony.

The first Methodist service in South Australia, held at Glenelg on 22 January 1837, was led by John White and Edward Stephens. In May that year a Wesleyan Methodist Society was formed, in March 1838 the first Methodist church built in Adelaide was opened in Hindley Street, and in August the first minister, William Longbottom, arrived in Adelaide, having been shipwrecked while sailing from Hobart to Perth. The first Primitive Methodist service was held in 1840, and the Bible Christians followed in 1849. Soon all were expanding. The first superintendent of the Bible Christian Mission was Reverend James Way, whose son Samuel later became the chief justice of South Australia. In 1852 Reverend James Maughan began taking services for the Methodist New Connexion. This church did not grow significantly and merged with the Bible Christians in 1888.

The spread of Methodism

Methodism had a presence in almost every town and community in South Australia. In the 1850s the Wesleyans built substantial churches in Pirie Street, Adelaide and inner suburban Kent Town and from the 1870s at Norwood, Parkside, Payneham, Unley and other middle-class suburbs. Prince Alfred College (1869), Way College (1892), Methodist Ladies’ College (1902, Annesley College from 1977) and Westminster School (1961) were established by the Methodist Church. Wesley Theological College dates from the 1920s, and from the 1930s the church developed numerous aged-care facilities. Generous benefactors such as John Colton, the flour miller John Dunn and Frederick Holder contributed to all these projects.

In rural districts, church communities started by lay preachers in their own homes developed into churches with an ordained minister responsible for a Methodist circuit. The essential requirements for local preachers, mostly men, were loyalty to the church and love of the Bible. Evangelical zeal and widespread use of lay preachers contributed to the rapid growth of Methodism. Whereas in 1846 10% of the population was Methodist, by 1901 Methodists comprised one quarter of South Australia’s population, the highest proportion of any Australian state. Towards the end of the nineteenth century Methodism had become a comprehensive community embracing wealthy city businessmen, some pastoralists, many settlers in new farming areas, Cornish miners, and a variety of shopkeepers and professional people. Some Methodists were prominent in the early labour movement. After 20 years of debate the three branches of Methodism in South Australia united on 1 January 1900, largely on Wesleyan terms. Union in the other states followed a year or so later.

A characteristic of all branches of Methodism has been the fostering of religious revival, often stimulated by overseas evangelists such as J Wilbur Chapman and Charles M Alexander in 1909 and 1912 and Billy Graham in 1959. Church life was nurtured by Sunday schools and youth organisations as well as women’s groups, some devoted to supporting missions in the Pacific islands.

The Central Methodist Missions sought to combine unconventional evangelism such as open-air preaching with relief for the poor. During the Great Depression of the 1930s there were notable relief ventures, especially by Adelaide (1900) and Port Adelaide (1919) Central Missions. Adelaide provided work and accommodation for the unemployed at Kuitpo Colony on the Fleurieu Peninsula to the south of Adelaide. For most of Methodism’s life its major social concerns were liquor and gambling, but a state government referendum in 1965 showed that the opinion of Methodists on lotteries was in the minority. Other issues, such as Aboriginal rights, then became important.

In 1977 all Methodist churches and other properties became part of the Uniting Church in Australia.

This is a revised version of an entry first published in The Wakefield companion to South Australian history edited by Wilfrid Prest, Kerrie Round and Carol Fort (Adelaide: Wakefield Press, 2001). Revised by David Hilliard with permission of the author. Uploaded 2 April 2014. 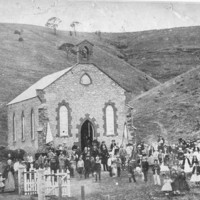 Methodist Church at Noarlunga, c. 1865, with members of the congregation gathered outside 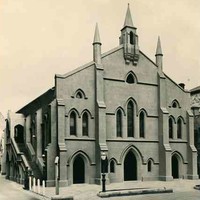 Image courtesy of the State Library of South Australia, SLSA: B8706, Public Domain 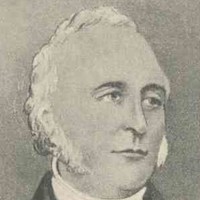 Image courtesy of the State Library of South Australia, SLSA: B 72222, Public Domain 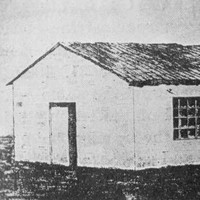 Image courtesy of the State Library of South Australia, SLSA: B 7863, Public Domain 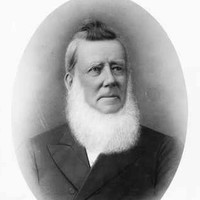 Image courtesy of the State Library of South Australia, SLSA: B 6761, Public Domain 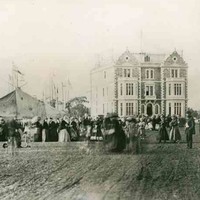 Image courtesy of the State Library of South Australia, SLSA: B 9676, Public Domain 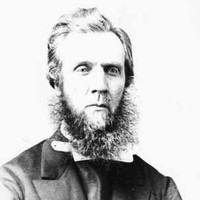 Image courtesy of the State Library of South Australia, SLSA: B 3206, Public Domain 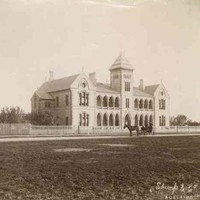 Image courtesy of the State Library of South Australia, SLSA: B 703, Public Domain

Hi Marie,
I'd start your search at the State Library who have some of the Methodist records as listed here: https://guides.slsa.sa.gov.au/church_records

The State Library will be able to direct you to sources outside their own collections, and it is always worth searching newspapers via Trove as well if you have not done so already - https://trove.nla.gov.au/

Lord bring peace to the Palestinians and freedom from the vicarious shackles of sick America and her British underdogs, responsible for the deaths of 20 000 Afrikaner women and children in concentration camps and the subjugation of their nation of peasant-like farmers with the appropriation of their sheep and cattle and the destruction of their homes and crops through the Crown’s policy of “scorched earth. “ ( A decade later the combined Anzac forces in World War I totaled 26 000 and the few who died are still remembered ).
Vivid memories these soul destroying and heart breaking events were a bar to our gracious Ouma Smuts, wife of Field-Marshall Jan Christiaan Smuts, consenting to being introduced to the British Royal family when they visited South Africa in 1947. Instead their Royal Highnesses , showing commendable compassion, journeyed to “ Irene “, their farm near Pretoria, to meet Ouma Smuts in her simple wood and corrugated iron home.

Lord, forgive us for the deaths of the 1 300 Palestinians shelled in Gaza in a single month over December 2008 and January 2009 of whom a third were children and the 1 900 shelled in July 2014. While the British public have rightfully been mortified and brought to tears by the death of a soldier on their home soil, they stand condemned in the face of their indifference and inaction to the deaths and sufferings of the Palestinian people at the hands of their international kinsmen. Lord what have you spawned? British morality and Christianity are in bed with weevils.
The ongoing deaths and sufferings of the Palestinian people will surely be visited upon the white English-speaking peoples and there will be no escape.
Lord, may thy will be done. The horrors of our actions and inactions cannot be redeemed by those virtues of which we may still be blessed, but only by thy forgiveness.
Robin H J Morris
British Methodist
South African Attorney

Hunt, Arnold D, This side of heaven: A history of Methodism in South Australia (Adelaide: Lutheran Publishing House, 1985)