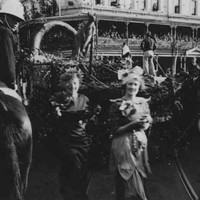 The South Australian Division of the Housewives' Association is founded in Adelaide, with additional rural branches established later.
1928 - 1933

One of the most significant roles of the Housewives' Association is consumer advocate. In this capacity it participates in protests against the Paterson Butter Scheme (1928-1929) and sugar embargo (1932-1933), and successfully brings the local impact of Imperial preference to the attention of the federal government.
1929 - 1939

During the Great Depression, the Housewives' Association boasts a subscribed membership of 30,000. This number gradually declines as the century progresses.
1939 - 1970

During the late 1930s and the Second World War, the Association's role in consumer advocacy wanes. This coincides with a renewed focus on practical aspects of home duties--an emphasis that persists throughout the 1950s and 1960s.
2001

By the beginning of the twenty-first century, only two of the original six state divisions of the Housewives' Association still exist. The remaining divisions are in South Australia and Tasmania.
2013

After 87 years, the South Australian Division of the Housewives' Association officially disbands due to low membership. Only 12 members remain.

The first Australian division of the Housewives’ Association was formed in Victoria in 1915, a division in Adelaide following on 18 June 1926, with rural branches later. This non-party, non‑sectarian association sought to promote issues affecting housewives, children and the home by lobbying politicians, both independently and with other women’s groups, and by raising public awareness through the local media. The association pressed for female membership of boards and tribunals affecting education, women and the home, and in state and federal parliaments.

However, the Housewives’ Association’s most significant role was that of consumer advocate, particularly during the late 1920s and 1930s when there were few government bodies and little legislation to protect consumers’ interests. Its protests against the Paterson Butter Scheme in 1928–29 and the sugar embargo in 1932–33 not only ensured it a high community profile but also brought the local impact of imperial preference to the attention of federal governments.

The association was most effective during times of crisis, particularly in the difficult years of the Great Depression when it boasted a subscribed membership of 30 000. During the late 1930s and the Second World War rationing and legislative restrictions largely removed the need for consumer agitation, the association accordingly focused on practical aspects of home duties, establishing classes in dressmaking, cooking and millinery. This emphasis continued throughout the 1950s and 1960s until sustained economic prosperity lessened the need for the association’s traditional role. Its primary purpose and appeal to women diminished further during the 1970s when the Dunstan Labor government initiated consumer protection legislation, and growing numbers of women sought employment outside the home. Where once there were six state divisions of the Housewives’ Association, only the Tasmanian and South Australian divisions were continuing in 2001. 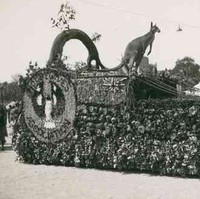 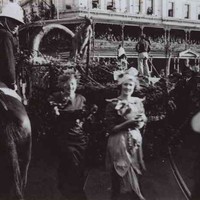 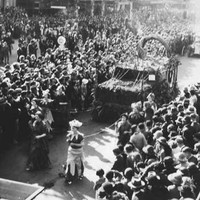 Hi Jennifer,
That's not something we have on file I'm afraid. This article was contributed through the 'The Wakefield Companion to South Australian History', you can see the sources referred to by the author from the tab above, these will provide more information on the Housewives' Association.

My grandmother Mabel Austin was President of the Association when I was a child. Can you tell me the year please?