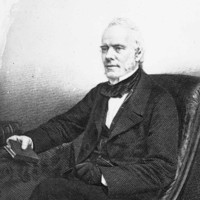 George Fife Angas stimulates interest in South Australia among English Baptists. The first Baptist congregation is subsequently formed in Adelaide by both English and Scottish immigrants.
1861

The first 'open' Baptist church is founded on Flinders Street and led by Rev. Silas Mead; creation of the South Australian Baptist Association in 1863 promotes cooperation among autonomous churches.
1863 - 1913

The Baptist faith in South Australia spreads throughout Adelaide and the northern agricultural districts, includes several prominent citizens among its membership, and conducts female-led missionary work in India.
1950 - 1980

Following a lull in membership and direction between the World Wars, the church enters a new phase of growth and confidence.
1980 - 1990

As a consequence of building tension between conservative and moderate factions within the church, two large suburban congregations separate from the Baptist Union.

Baptists originated among radicals in the English and continental Reformations who held that the true church should be a gathered community of believers, with baptism administered only to those who had made a conscious decision of faith. The interest of English Baptists in South Australia began with George Fife Angas, who encouraged Baptists and other Dissenters to settle in the new colony, and then followed them in 1851. The first Baptist congregation in South Australia was formed in Adelaide in 1838 by English and Scottish migrants. Its most prominent member was David McLaren, second manager of the South Australian Co. The early years were marked by fragmentation over the issue of ‘closed’ (restricted to the baptised) or ‘open’ membership and other doctrinal matters. The founding in 1861 of an open membership city church in Flinders Street, under the ministry of Silas Mead, and the creation in 1863 of the South Australian Baptist Association (later Union) encouraged cooperation among scattered and autonomous churches.

For the next 50 years the Baptists founded churches in metropolitan Adelaide and the northern agricultural districts. Among their members were important commercial figures such as Charles Birks, GS and JR Fowler, Charles Goode, HJ Holden and premiers Thomas Playford and his grandson Tom Playford. Led by Ellen Arnold, a stream of South Australian Baptist women became missionaries in India, where they exercised a religious leadership closed to them at home. From the 1890s South Australian Baptists were more receptive than Baptists in other colonies to new biblical scholarship. The proportion of Baptists in the population peaked at 6% in the 1901 census.

Between the wars the Baptists lost some of their former energy and found it difficult to maintain a distinctive identity. During the 1950s the church entered a new phase of growth, boosted by the foundation of a theological college (later Burleigh College) in 1952 and growing evangelical confidence. Theologically the denomination moved in a more conservative direction, the dominant overseas influence coming from the United States. Many younger ministers adopted models of evangelism and ministry prominent in the Southern Baptist Convention. Since the 1970s the charismatic movement has influenced some congregations. Tension between theological conservatives and moderates peaked in the 1980s with the withdrawal from the Baptist Union of two large suburban churches committed to congregational autonomy and biblical inerrancy. One of these independent churches founded the Adelaide College of Ministries. Since then, several churches have moved in or out of the Union, now called Baptist Churches SA. Aiming at numerical growth and seeking to relate to those outside the Christian church, many Baptist churches have been innovative, introducing new organisational methods and new styles of worship. Their numbers have been augmented by recent migrants from Asia, especially Chinese, Burmese and Filipinos. At the 2011 census Baptists comprised 1.7% of the state’s population but they form a much higher proportion of regular churchgoers. Their strongest churches are in the outer suburbs of Adelaide. 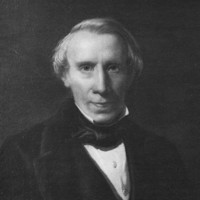 David McLaren, c. 1830. McLaren was manager of the South Australian Company, and a prominent member of the Baptist congregation 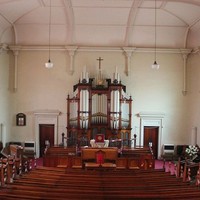 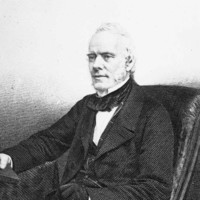 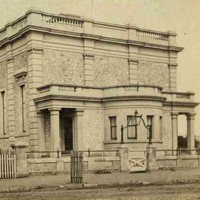 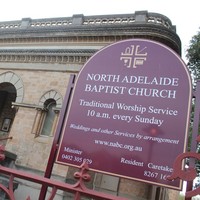 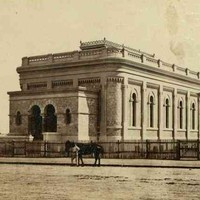 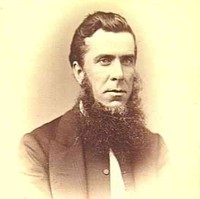 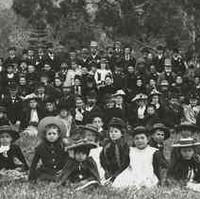 Members of the South Australian Baptist Association having a picnic in the Adelaide Hills, 21 October 1893