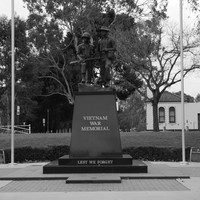 Campaign for Peace in Vietnam

The core group of the anti-war movement in South Australia, the Campaign for Peace in Vietnam (CPV), was formed in July 1967 after the humiliating defeat of the federal Labor party and the electorate’s seeming endorsement of the Liberal–Country Party coalition’s foreign policies.
1969

During the 1969 federal election campaign CPV vigorously supported the return of Labor candidates pledged to oppose the war.
1970 - 1971

The three moratorium campaigns, which culminated in May 1970, September 1970 and June 1971 respectively, did even more to highlight the distinctiveness of the South Australian anti-war movement.

While the first national serviceman killed in Vietnam was a South Australian (Errol Noack in May 1966), there was nothing remarkable about the number of young men in South Australia who did national service, served in Vietnam, or later suffered from the effects of Agent Orange. Adelaide witnessed none of the militancy, civil disobedience or violence of many demonstrations in Sydney and Melbourne in the lead-up to the federal elections in November 1966, and between late 1964 and mid 1967 the anti-war movement developed slowly and inconspicuously vis-à-vis its counterparts in the eastern states. Nevertheless, the war had a significant impact on South Australian political life, and the course and character of opposition aroused by the war and conscription for it were different in Adelaide than in other capital cities.

The Campaign for Peace in Vietnam

The core group of the movement in South Australia, the Campaign for Peace in Vietnam (CPV), was formed in July 1967 after the humiliating defeat of the federal Labor party and the electorate’s seeming endorsement of the Liberal–Country Party coalition’s foreign policies. A moderate ‘umbrella’ organisation favouring education over provocation, CPV achieved remarkable success, and within just over two years its stable membership and regular income had aroused the envy of peace groups in other states. It became the most enduring group in Australia specifically formed to protest against the war.

But later events most set South Australia apart. During the 1969 federal election campaign CPV vigorously supported the return of Labor candidates pledged to oppose the war. Elsewhere in Australia the movement took little part in the election, and subsequent polls showed that nationally neither Vietnam nor conscription was a particularly salient issue. In South Australia, however, there was a swing of nearly 12 per cent (the national average was less than seven per cent) to Labor, which won eight of the state’s 12 House of Representatives seats.

The three moratorium campaigns, which culminated in May 1970, September 1970 and June 1971 respectively, did even more to highlight the distinctiveness of the South Australian anti-war movement. During the first, only in Adelaide was there any noteworthy violence, at a street demonstration on the evening of 8 May 1970 organised by the Radical Alliance, an ad hoc group of radical members of the Vietnam Moratorium Committee (VMC). The second resulted in some of the most dramatic scenes ever in Adelaide’s streets when, on the afternoon of 18 September, police insisted on dispersing demonstrators intent on ‘occupying’ the busy intersection of King William Street and North Terrace. In Sydney more demonstrators were arrested, but only in Adelaide was the confrontation between dissenters and authority so stark.

The state became the focus of national attention. The Dunstan government set up a royal commission into the events of 18 September 1970; in May 1971 a report was issued vindicating the government, condemning the demonstrators and expressing reservations about police behaviour. No less important, the anti-Vietnam War movement split irreconcilably, CPV adopting moderate aims, seeking support from the ALP and cooperating with the police, while VMC declared support for the National Liberation Front of South Vietnam, opposed United States imperialism, and was equally hostile to the state Labor government and the police.

Reasons for the South Australian Response

One reason for the different response in South Australia to Vietnam and conscription was the existence of a state Labor government from 1965 to 1968 and again after June 1970. Its leader, Don Dunstan, broadly sympathised with the anti-war movement but was wary of its radical wing and suspicious of the powers of the police. Another was that, whereas anti-Vietnam War movements elsewhere were usually organised by established peace groups, South Australia’s was launched and sustained by people, particularly students and academics like Neal Blewett, Geoffrey Harcourt and Brian Medlin, who were initially as politically inexperienced as they were idealistic. 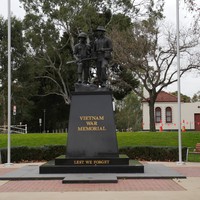 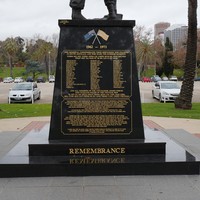 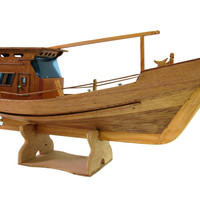