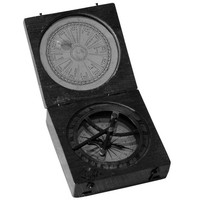 A number of the objects relate to South Australia’s first Surveyor General, Colonel William Light. These include surveyors’ chains and the first plan of Adelaide, drawn up to Light’s instructions. Another highlight of the collection is ‘Poeppel’s post’, the original marker used in 1880 by Augustus Poeppel to mark the intersection of the boundaries of South Australia, the Northern Territory and Queensland. 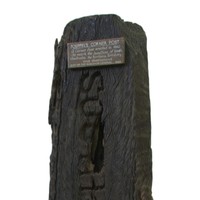 Wooden post used to mark the point where the boundaries of South Australia the Northern Territory and Queensland meet. 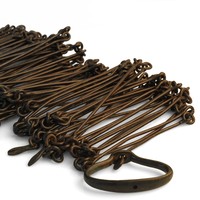 Survey chain used by Isaac Guley in surveying the City of Adelaide with Colonel Light. 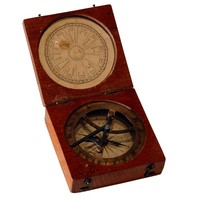 Hand compass and sundial believed to have been used by Colonel William Light in surveying the City of Adelaide.
Courtesy of/Photographer:Rachel Harris, Bit Scribbly Design 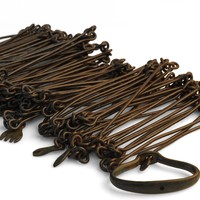 Hi Janet, this website is a project run by the History Trust of South Australia, we hold museum collections, and I've searched our catalogue for anything related to Rawnsley in those but come up blank. We rely on donations for the bulk of our collections so there are gaps we attempt to fill with information and supplementary material. Many or our sources come from State Records - https://archives.sa.gov.au/, the National Archives of Australia - https://www.naa.gov.au/ and the State Library of South Australia - https://www.catalog.slsa.sa.gov.au/

I am a Queensland historian, researching the work of Henry Charles Rawnsley, a surveyor who worked in South Australia between 1849 and 1851. His work on the Northern Survey in the Flinders Ranges has excited disparaging comment. Do you have any information on Rawnsley, please? I would pay for photocopies, digitised articles, etc.