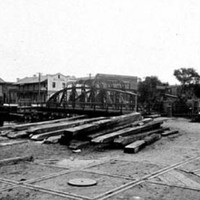 The bridge was opened on October 26 by His Excellency the Governor of SA Sir William Robinson KCMG.
1935

The bridge was officially closed, and no longer in use, in March
1935

The bridge was demolished in October after 52 years of operation.

Robinson’s swing bridge opened at Dock 1 in October 1883. It was built from steelwork shipped from England and it pivots to allow ships to enter the dock. It replaced an earlier bridge that spanned a narrower entrance.

According to the City of Port Adelaide Enfiled:

It was 129 feet long, 36 feet wide and had footpaths on either side. The bridge was operated by two people with a key turned by a hand lever. A line of rails passed over the bridge to allow freight access to the wharves. Robinsons Bridge closed in March 1935 and demolished in October 1935. 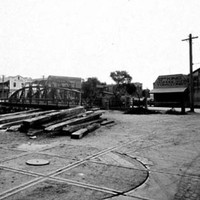 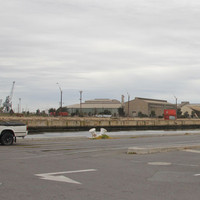 Associated with:
Harbors Board