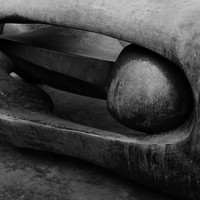 The large-scale bronze and marble works of Henry Moore can be found in many public parks and plazas around the world. This 1969 bronze sculpture is one of the few pieces by the renowned British artist to be found in Australia.

Reclining Connected Forms makes use of organic and natural forms rather than pure geometric shapes. Granting as much attention to the open spaces in the connected forms as on their solid forms, this work unites many of Moore’s trademark themes: the reclining figure, mother and child and the internal/external. Moore once commented that he could turn ‘every little scribble, blot, or smudge’ into a mother and child.

Moore described his inspiration for this work and similar compositions as deriving from his interest in armour. A mother’s body protects the child just as armour protects the body or a snail shell covers softer, vulnerable forms.

When asked by his niece why his sculptures have such literal and simple titles, Moore replied that:

'All art should have a certain mystery and should make demands on the spectator. Giving sculpture or a drawing too explicit a title takes away part of the mystery so that the spectator moves on to the next object, making no effort to ponder the meaning of what he has just seen. Everyone thinks that he or she looks but they don’t really, you know.’

The University of Adelaide acquired the work in 1971. It was financed by a bequest from the late EW Benham, an Adelaide lawyer who was a lecturer in Property Law at the University between 1910 and 1938. 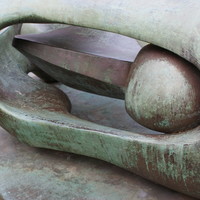 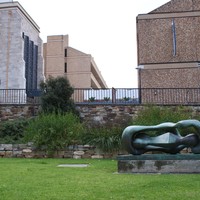 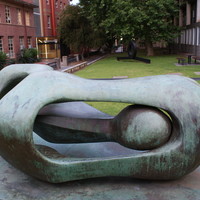 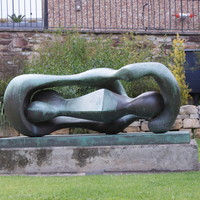 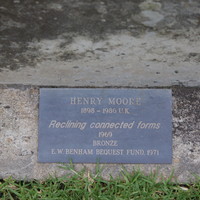 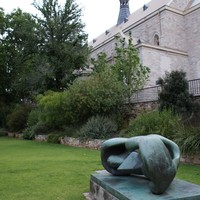