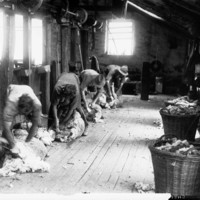 The colony’s wool industry dates from 1836 when the South Australian Co. imported pure merinos from the German region of Saxony, and was sufficiently established for the first wool auction to be held in Adelaide in 1840. Further auctions were conducted intermittently until 1870, then regularly for over a century, the wool being held in massive warehouses at Port Adelaide. By the 1940s and through to the 1970s these wool stores were run by five stock and station agents: Dalgety & Co., Bennett & Fisher Ltd, Elder, Smith & Co., Goldsbrough Mort & Co. and Southern Farmers Cooperative.

Wool production grew rapidly in the early years of settlement, with more than 1 800 000 kg of wool exported in the 1843 season, a figure nearly matched by the South East alone in the following decade. By 1847 half the South East had been taken up for wool growing under occupation licence. The expansion was accompanied by the displacement of Indigenous peoples from their lands, although a number remained as shepherds and, for a limited time, wool washers.

Wool-washing operations were carried out on the River Torrens in the 1840s, notably by Thomas Cain, a pioneering wool manufacturer. In 1848 Cain produced the first tweed made in South Australia and submitted to the governor a sample intended as a gift for Queen Victoria. Because of the intensive labour involved and the spread of pastoralism to the dry interior, washing wool by rural communities and on stations prior to sale or even to shearing was gradually abandoned. The bulk of the clip was exported as greasy wool that had been graded by wool classers trained at the South Australian School of Mines and Industries.

The only real innovation in wool harvesting since the switch from blade shearing to machine shearing by 1900 has been the introduction of wide combs around 1978. While the dream of a practicable shearing robot has not been realised, in the early 1980s John Baxter and his research team demonstrated a robot machine and in 1988 Professor RE Bogner reported the results of a University of Adelaide study of ultrasonic sensing for the control of a shearing robot. Wool severing using ultrasonic energy has proved feasible, but the technique is not cost effective.

Booming wool prices of the 1950s, resulting from the demand for woollen uniforms during the Korean War, have not recurred primarily because of the increasing popularity of synthetic fabrics. Although South Australia voted against proposals for a reserve price in a 1965 national referendum, this scheme afforded growers some stability in returns until unrealistically high reserves, ever growing stockpile and debt saw it collapse in 1990.

The state’s prestigious merino studs all developed north of Adelaide. In 1845 John Howard Angas of Hill River in the Mid North purchased descendants of those merinos imported by the South Australian Co. The Canowie (Flinders Ranges), Bungaree (Mid North) and Collingrove (Barossa Valley) studs were formed between 1857 and 1887, and Collinsville, established at Mount Bryan by John Collins in 1895, became famous for its large-framed merinos with long-stapled wool that attracted record prices.

South Australia has also been home to two significant wool processors, the Onkaparinga Woollen Co and GH Michell & Sons, which traces its origins to 1870. While Michell grew into an international conglomerate and one of the biggest buyers of Australian wool, Lobethal’s Onkaparinga mill closed in 1992. 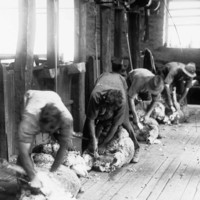 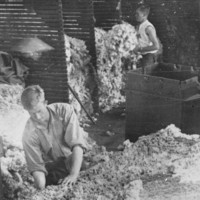 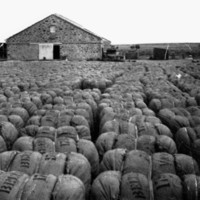 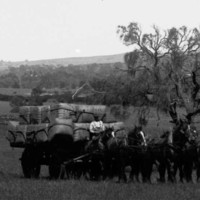 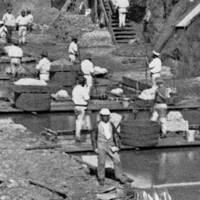 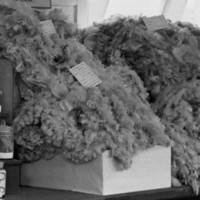 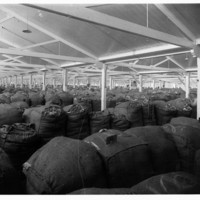 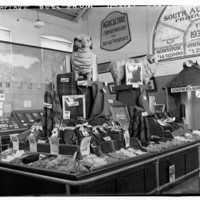