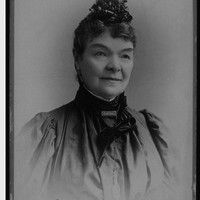 In December 1894, after decades of activism, women in South Australia were awarded the right to vote and stand for parliament. In 2019 we will celebrate the victory of the early suffragists such as Mary Lee, Augusta Zadow, Catherine Helen Spence and those who joined the fight.

South Australia distinguished itself as innovative in the early nineteenth century. While women were not even considered in early discussions on franchise eligibility, the 1861 Local Government Act, permitting landowners and occupiers to vote in local government elections, did not exclude women. This amused some parliamentarians, but women subsequently voted matter-of-factly in municipal elections, providing a salutary example when women’s suffrage later became a live issue.

The earliest parliamentary move for women’s suffrage was in July 1885 when the House of Assembly passed a resolution proposed by Edward Stirling to grant the franchise for both Houses to property-owning single women and widows. A year later Stirling’s bill on similar lines failed, but he had laid the groundwork for public consideration of women’s franchise. In 1895, after decades of protest South Australian women were among the first in the world to vote.

In 1885 Dr Edward Stirling proposed a parliamentary resolution to grant a limited property qualification to single and widowed women to vote in elections for State Parliament. Although passed, the resolution had no legislative power. The following decade saw seven more attempts to gain women the vote.

The Women’s Suffrage League was founded in July 1888 with Stirling as president and Mary Lee, part of what the press called the “shrieking sisterhood”, as secretary. The League advocated for identical voting rights for men and women. The Women’s Christian Temperance Union and the Working Women’s Trade Union were among those that joined the League to advocate for suffrage.

In 1894 the Women's Suffrage League and the Women's Christian Temperance Union collected 11,600 signatures on a petition in favour of extending the right to vote to the women of South Australia. The petition was presented to the parliament by the then member for North Adelaide, the Hon. George Hawker, on the 30 August 1894. The original petition is currently on display at the Centre of Democracy in Adelaide.

The Constitutional Amendment Act 1894 finally gave women in the colony the rights to vote, and to stand for parliament. Queen Victoria signed the legislation on 21 March 1895 and South Australia became the first colony in Australia to grant women the right to vote.

Giving the past a future now! 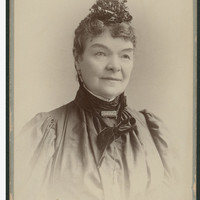 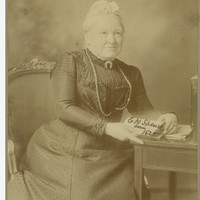