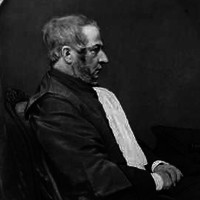 Election of 16 members to join 8 appointed by Governor
1856

Proclamation of Constitution by Governor MacDonnell

On 24 October 1856 Governor Sir Richard Graves MacDonnell proclaimed South Australia’s new Constitution. From that day, South Australia had the most radical and democratic Constitution of the Australian colonies, and an electoral system to match.

Colonists and Aboriginal people alike had no voice in the government of early South Australia. From its establishment in 1836, the Governor governed this new colony of the British Empire. He was advised by a small, nominated Legislative Council.

The Governor represented the British sovereign, lived in Government House and was the apex of the social world in the class-conscious colony. Appointed in Britain, Governors were men with backgrounds in the navy, the military, or colonial service. Once here, they effectively ruled the colony, appointing officials, nominating members of the Council and making laws. Instructions from the Colonial Office in London came by ship and the long voyage meant they were often out of date by the time they arrived.

By 1850 the British Government was ready to extend a measure of representative government to South Australia, Van Diemen’s Land, and newly-created Victoria, and to reform the Constitution of New South Wales. South Australians had long petitioned for representative government, but it was the colony’s ability to support itself financially that was the key. The Imperial Better Government Act of 1850 set the stage for six years of official and public debate about the shape of the colony’s future political and electoral systems.

A major task for this Council was to draw up a Constitution for South Australia.

Self-government – local control of law-making and revenue – had been a promise since the founding of the colony. But by 1850 South Australians also wanted responsible government - government drawn from, and responsible to, representatives elected by the people.

Debates about the new Constitution focused on how best to adapt the British parliamentary model (the Sovereign, the House of Lords and the House of Commons) to the circumstances of the colony.

But some aspects of the British system were seen as in need of reform to make them more democratic. In particular, the franchise (who was entitled to vote) was limited, and the conduct of elections was often corrupt.

South Australians participated in the shaping of their political and electoral systems through public meetings, petitions and by electing members to the Legislative Council.

Most colonists wanted an elected Upper House. And while most agreed that the Lower House would represent ‘population’ and the Upper House some other, more conservative, interests usually described as ‘property’, there was much debate about how best to achieve this.

In 1854 a political storm broke when the colonists discovered that they had been misled by Lieutenant-Governor Sir Henry Edward Fox Young. He had persuaded the Legislative Council to approve a Constitution which included an Upper House of life nominees, arguing that the British Parliament would not accept an elected Upper House for the colony. Publication of official despatches in newspapers in Victoria revealed that this was not the case.

At a large public meeting a petition was drawn up to send to the Queen and the British Parliament. The petition, with almost 5,000 signatures, protested against the principle of life nominees and made plain that an elected upper chamber was ‘earnestly desired by the colonists of South Australia’. Young’s Constitution was abandoned.

The final Constitution of 1856 included an elected Upper House, called the Legislative Council. Conservative interests were protected through a moderate property qualification. Only men who were over 30, and met the property qualification, could stand for election. The adoption of a single electoral district for the Legislative Council meant that each voter could only vote once, unlike other systems where a voter could vote in each district in which he held property.

Universal manhood suffrage – the vote for every adult male – had been raised in public meetings and petitions for as long as South Australians had been discussing the shape of their political system. Most supporters argued that adult men had a right to vote for those who made the laws they were required to obey. Others added that as all men paid tax in some form, all should be represented.

But not everyone agreed. Robert Torrens, the Registrar-General, opposed universal manhood suffrage. He argued in 1852 that it would be dangerous to give a voice to ‘the stupid foolish mob’.

But the majority of those elected to the Legislative Council in 1851 and again in 1855 were supporters of universal manhood suffrage. Nobody suggested that women should have the right to vote, either as a right or as owners of property. And while George French Angas had pointed out in 1852 that Aboriginal men would be included if universal manhood suffrage was adopted, this received scant attention in debates. Few advocates of universal suffrage expected it to apply to the colony’s Upper House.

The final Constitution of 1856 gave all men over 21 who were natural-born or naturalised British subjects, had been registered to vote for 6 months, and who were not serving a sentence for crime, the right to vote for the Lower House, called the House of Assembly.

A South Australian Ballot Association was formed in early 1851. At a meeting in Adelaide, in a speech met with cheers, Thomas Reynolds argued that the ballot ‘lay at the foundation of their liberties’. He was among those who campaigned for the secret ballot until it was secured in early 1856.

Before this time all voting was public. Coercion and bribery were common. Advocates of the secret ballot argued that open voting led to ‘tyranny, oppression, [and] coercion’, as the powerful attempted to influence the votes of others. Opponents described voting in secret as ‘unmanly’ and ‘un-English’.

All but one of the 16 members elected to the Legislative Council in 1855 were supporters of the secret ballot, and it was duly included in the Electoral Act that followed the Constitution Act. How best to make the ballot secret was debated  in late February 1856. Victoria had adopted the secret ballot the previous month. South Australia borrowed the innovation of ballot papers printed with the names of candidates, but improved the Victorian system by not numbering papers. This meant that a vote could not be linked to a name on the electoral roll, thus ensuring absolute secrecy.

South Australia’s Constitution was finalised in debates in the Legislative Council in late 1855 and the first days of 1856.

The Constitution and Electoral Acts created a political and electoral system which was both democratic and radical for its time. South Australia had a fully elected Parliament, elected by secret ballot. The Lower House, the House of Assembly, had 36 members elected for three year terms by universal manhood suffrage and equal electoral districts based on population. The Upper House, the Legislative Council, had 18 members elected for twelve year terms by those meeting a moderate property qualification. The whole colony was treated as one voting district for the Legislative Council. Ministers were required to be Members of Parliament and Money Bills were to originate in the House of Assembly.

Only two decades after its foundation, South Australia achieved self-government, gaining control over revenue and local law-making, while remaining a colony of the British Empire. South Australia also achieved responsible government. Government was no longer by the Governor, but by the people. 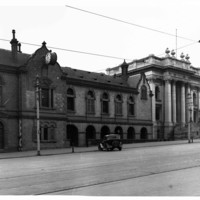 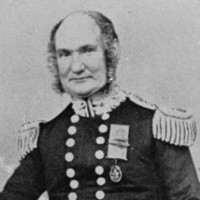 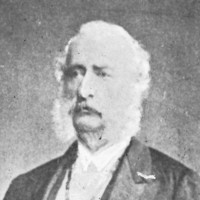 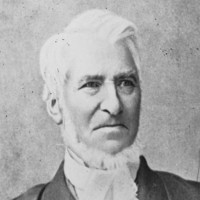 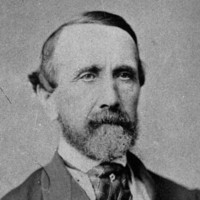 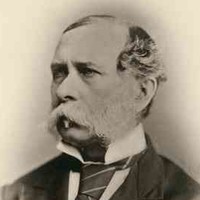 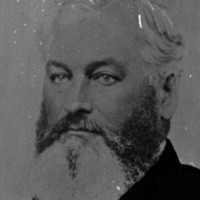 John Baker, who proposed the compromise that became the basis for South Australia's democracy. 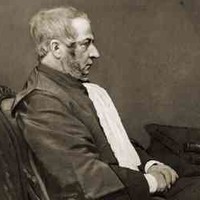 Sir George Strickland Kingston, who laid the foundations for many of the radical elements of South Australia's Constitution.

Legislative Council debates were published in the Proceedings and Papers from 1851, but fuller accounts including speeches can be found in the South Australian Register.

Finnis, B. T., The Constitutional History of South Australia (Adelaide, 1886)