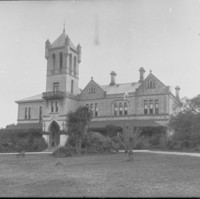 Reformatories were established in South Australia following enabling legislation in 1866–67. The first, for boys, opened east of the capital at Burnside in 1869 but in 1880 was transferred to the Fitzjames, a ‘training hulk’ moored off suburban Semaphore. Following a royal commission in 1883–85, in 1887 the newly created State Children’s Council relocated the boys’ reformatory to the eastern foothills of Magill.

In 1895, when the State Children’s Council was responsible for 117 children in reformatories, legislation authorised the establishment of private corrective institutions for minors. From 1898 Catholic boys went to inner-west Brooklyn Park while Protestant boys remained at Magill or, after 1901, were sent to the Salvation Army probationary school at Mount Barker in the Adelaide Hills.

Over the first three decades of the twentieth century approximately 200 children were annually held in South Australian reformatories. Between 1927 and 1939 a yearly average of 46 boys were kept busy with farm training and in a boot repair shop at Magill. In 1939 there were nine boys at Brooklyn Park (only one of whom was school-aged); besides farming and gardening, they learned woodwork and metalwork. Facilities for younger boys were opened at northeastern Campbelltown in the 1940s, while the McNally Training Centre for boys began operations at Magill in 1967.

The girls’ reformatory was located for most of the 1870s in the Destitute Asylum on Kintore Avenue, Adelaide then moved to Magill in 1881. Approximately 66 girls were transferred to ‘cottage homes’ at southwestern Edwardstown (Glandore) in 1890. Following seven escapes from Edwardstown, 1896 legislation permitted the establishment of two rural reformatories under the supervision of the State Children’s Council. A Catholic reformatory opened near Kapunda in the Mid North in 1897, while Protestant girls were sent to Redruth, near Burra in the same region. The Salvation Army later opened girls’ probationary schools at suburban Woodville in the northwest suburbs, and at Fullarton in the inner south, and took over the reformatory at Redruth.

By 1939 there were two corrective institutions for girls. Between 1927 and 1939 an average of 21 girls were annually under the control of the Salvation Army at Barton Vale, Enfield, in the northern suburbs (after 1947 run by the government as Vaughan House). The number of girls had been dropping annually because of the growing trend of placing young female offenders on probation. Of the 11 inmates in 1939, only two were of school age. The girls were employed in the institution’s dairy, in cooking and sewing. Four suffered from venereal disease. In 1939 three girls resided immediately south of Adelaide at the Catholic Girls’ Home, Parkside, under the care of the Sisters of St Joseph.

In the late 1990s there were two main ‘secure care’ facilities for South Australian young offenders: the Cavan Training Centre in the northern suburbs for males aged 16 to 18 years, and the Magill Training Centre, for younger boys and young women. The average daily occupancy increased from 87 persons in 1995–96 to 94 persons in 1996–97, with an over-representation of Aboriginal youth, and increasing numbers of young Aboriginal women in custody. 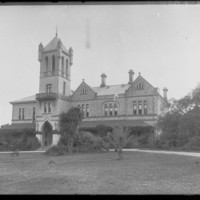 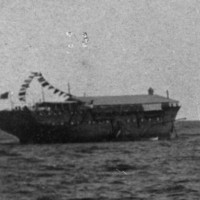 SAPP75: 1939, Report of the committee appointed by the government to enquire into delinquent and other children in the care of the state, September 1939