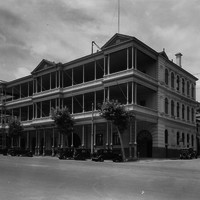 Nightlife has long been an important part of life for most gays, lesbians, bisexuals, trans, and queer (LGBTQ) identified people. Since the 1960s ‘nightlife’ has tended to be associated with nightclubs, but this wasn’t always the case. The following is a brief – and far from definitive – overview of the shifts that occurred in Adelaide’s queer nightlife from the 1940s to the 1990s.

As many of those interviewed by John Lee in the 1970/80s attest, in the 1940s and 50s ‘camp’ nightlife consisted primarily of coffee lounges (such as Monmartre in Twin Street, and the Manhattan in King William Street), and private parties. The latter were often spontaneous events that took place after pubs, such as the Exchange (Hindley Street), Majestic (King William Street), Royal Admiral (Hindley Street), and the South Australian (North Terrace), closed at 6pm.

As well as parties there were the beats – places for social and sexual encounters between gay men. These were mostly toilets that were located behind hotels - the Majestic (Majestic Lane), the Eagle (on Bank Street), Tattersalls (located on Hindley Street), and the Astor (behind Pirie and Grenfell Streets) - and could be accessed without having to enter the hotels. The Torrens beat, from the old city baths to the Cathedral, was also a place that gay men and queens met, as was Victoria Park, and the mangrove swamps at Port Adelaide. While inner-city beats continue to exist, their popularity diminished in the late 1960s as a result of the introduction of 10pm closing, and constant police raids.

Pubs like the Buckingham Arms (Gilberton), the Arkaba (Fullarton), the Coal Hole (Norwood) became increasingly popular with LGB patrons during this period, and the Brecknock (King William Street) and the Newmarket (West Terrace) became known as meeting places for lesbians. The 1960s also saw the establishment of drag clubs such as Paprika and the Safari (Hindley Street).

The 1970s was the age of disco, and by the middle of the decade a number of mixed, but primarily LGBT discos had opened, including Rubies (at the Box Factory), Samantha’s (at the Trent), and Sybils (at the Tivoli). Hot on the heels of these came Adelaide’s first gay-owned commercial venue, Phaedra’s, aka Cactus Patch, which later became Park Avenue, and then the Mars Bar. This was the beginning of the commercial nightclub scene as we know it today.

The 1990s was a turbulent time in Adelaide with queer venues promising late nights, dance music, and floorshows galore.  Bartoons (Fern Place) was a popular spot open seven nights a week from 9pm to late. Entry included access to a games room, pool lounge, dancing and occasional live bands. Cloud 9 (123 Gouger Street) was a piano bar Wednesday through Sunday, and a Dance bar on Monday and Tuesdays from 9pm, and Wednesday through Sundays very late. Reactor(60 North Terrace) was open for late night dancing Thursdays through Saturdays (and Sunday long weekends) including pinball.

Other social venues included the Thursday Drop In Centre (59 Regent Street South) for men only coffee, biscuits, tea, games and library, and the Young Gays Club (57 Hyde Street) – a social club for men under 25 only.

From 2000 onwards the Mars Bar dominated queer nightlife welcoming line ups that snaked around the corner of Gouger and Whitcombe streets. The Edinburgh Castle on Currie Street continued to be a popular venue, with regular Drag shows and a pub vibe. On the First Thursday of every month in the early 2000s Queer Lounge at Cargo Club hosted an LGBTIQ+ night.

Gay sauna’s Pulteney 431 and Phoenix continued to be popular venues primarily for gay men. Club X, Club/Peek a View and the Ram Lounge were also frequented by queer people.

The Flagstaff on Franklin was the home of the Bear Men of Adelaide, a social group for men who identify as ‘bears’.

The Mars Bar closed in March 2017, and later re-opened as OZ Nightclub until July 2018 when OZ too closed its doors to the public. The venue at 120 Gouger Street remains unoccupied.

The well-known ‘Poof Doof’ club/brand in Melbourne began running events and parties in Adelaide from as early as 2013 on and off.

Mary’s Poppin opened its door in 2016 and remains a popular LGBTQIA+ venue. They are an identified queer venue asserting that “Mary's is a Gay & Lesbian (LGBTQI) Safe Space but we welcome our hetero friends ONLY if you are kind and friendly.” They host drag shows and operate as a club and cocktail bar every Friday and Saturday nights from 8pm.

Many venues in Adelaide are queer friendly and include popular spots like the Wheatsheaf Hotel and Sugar. 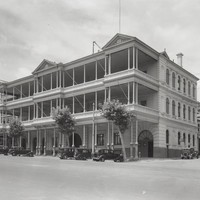 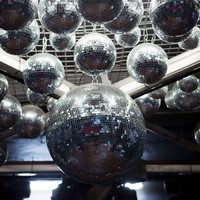