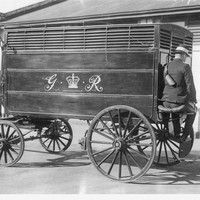 At different points in South Australia’s past ‘probation’ has referred to a variety of concepts and practices, especially in the century since federation. In recent decades, probation has followed a 1951 United Nations definition: ‘the conditional suspension of punishment while the offender is placed under personal supervision and is given individual guidance or “treatment”’. In the later twentieth century probation in South Australia (either unsupervised or supervised) encapsulated several kinds of opportunity, not only for those prosecuted but also for the criminal justice system and society.

Yet such understandings of probation are not fixed. In the first half of the twentieth century, approaches to probation emphasised moral rectitude, salvation and righteousness. Within twelve years of Australia federating, voluntary probation officers were appointed to advise, assist and befriend probationers, as with contemporary English legislation. Several instances of social legislation reflected core moral priorities of privileged groups; legislation concerning ‘habitual criminals’, probation and ‘convicted inebriates’ classified, admonished and sought to redeem the fallen. Habituation and persistence of immorality were thought to be conquered by respectable social influence through the innovation of probation.

Paid, full-time, statutorily appointed probation officers were a product of the 1950s; prior to this ministers of religion had usually filled the role. The Adult Probation Service, established in 1953, intensified and formalised the hitherto voluntary or piecemeal deployment of probation officers. The new service allowed for supervision and counselling of persons discharged directly from court as well as overseeing the probation of prisoners. Here two interpretations of probation are evident: a court’s disposition, or the early (supervised) release of a prisoner.

In April 1970 the Parole Board was created to consider applications from prisoners for release on parole. The ranks of probation officers then began to swell with social work graduates who could bring professional versions of intervention to the probation interview.

Probation was increasingly used as a sentencing option through the twentieth century: in 1921 only 1.2% of all adult prisoners were placed on probation; in 1949 the figure was 5.5%; in 1969–70 it was 68%. However, by 1998–99 probation was not the only option for offenders in the community. While 22% of all prisoners and offenders in the community were on probation, 13% were on parole, 13% were undertaking community service orders, 9% were in a series of small programs and those in prison accounted for 13%. Thus, by the end of the twentieth century supervised probation was being used for a broader range of offences and had also ceased to be the only community-based alternative to prison. Some analysts argue that the introduction of community service orders in the early 1970s siphoned off candidates for probation, rather than constituting an alternative to imprisonment in the first instance.

This entry was first published in The Wakefield companion to South Australian history edited by Wilfrid Prest, Kerrie Round and Carol Fort (Adelaide: Wakefield Press, 2001). Edited lightly and references updated. Uploaded 9 May 2104. 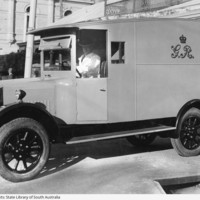