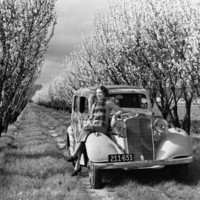 When French woman Mlle Serpollet demonstrated a Gladiator tricycle in Adelaide in May 1899, South Australians saw their first motorised vehicle. This was soon followed by the locally built Shearer steam car, which made its first run down the main street of the River Murray town of Mannum on 5 June 1899. These vehicles and the others that followed were seen as toys for rich sportsmen and tinkerers, but their practical use quickly became apparent.

Adopting and adapting to motor vehicles

Being flat, dry and relatively prosperous, with a limited rail network, South Australia took up the motor car quicker than other states. Even so, there was initially some antagonism. The noise and smell of car engines scared horses, which were then the main means of transport. At speed, cars threw up clouds of dust. However the advantages of motor vehicles were rapidly appreciated by farmers (in reducing isolation) and medical practitioners (for speedy house calls). Australia’s first registration and licensing system was implemented in South Australia during 1906 and by 1910 some 1350 cars (and a larger number of motor cycles) were registered.

By 1921 there were 24 motor vehicles (excluding motorcycles) per 1000 South Australians (Victoria with 16 per 1000 was next in Australia). American cars such as the Model T Ford were now more practical and cheaper but remained the preserve of the affluent. Motor cycles with sidecars were common. The motor vehicle’s general impact on South Australians began in the 1920s. In Adelaide motor buses began to compete with electric trams and steam trains for passengers. For country people buses such as Sylvia Birdseye’s Port Lincoln–Adelaide service made the capital city more accessible. Light trucks delivered goods and materials throughout the state. The motor body-building firms Holden’s and TJ Richards & Sons helped develop the largest vehicle industry in the nation.

Increased car ownership brought pressure on governments for better roads. Although the world’s first use of top-dressed sealed macadam was near Willunga on Fleurieu Peninsula in 1924, most roads outside Adelaide were unsealed until after the Second World War. The growth of a national road transport industry further increased pressure to improve South Australian highways.

Changes were made to accommodate the motor vehicle. Trams, the bane of Adelaide motorists, were removed from Adelaide streets in 1958 (except for the Glenelg line). The first drive-in theatre (popular with families and courting couples for the next 30 years) and the state’s first motel were opened in 1956. The Metropolitan Adelaide Transport Study (MATS Plan) of 1968 sought to carve a series of freeways across Adelaide to improve vehicle access to the city from its burgeoning suburbs. Cost and public opposition halted its implementation.

On 25 July 1901 the Advertiser could boast that ‘Adelaide now possesses four automobiles, or as they are properly called, motor cars or horseless carriages’. A century on the impact of the motor vehicle on South Australia is dramatic. In Adelaide it has stimulated urban sprawl, enabling the growth of suburbs that have almost total dependence on vehicular access. In country areas the motor vehicle has reduced isolation yet encouraged the diminution of small centres by facilitating access to larger towns. South Australia’s largest manufacturing sector is the vehicle-building industry. However, in the last decades of the twentieth century concerns over pollution and the use of oil have led to increasing debate over the role of the motor vehicle in South Australia. Calls for increased use of public transport appear to have been in vain – in 2001 South Australians drove 1 840 169 motor vehicles and 26 461 motor bikes. 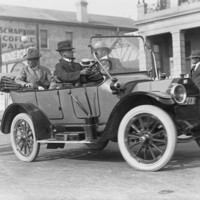 Sir Douglas Mawson riding in a car at Semaphore, 26 February 1914 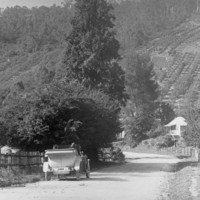 A car drives along a road in the Mount Lofty Ranges, c. 1920s 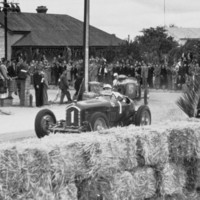 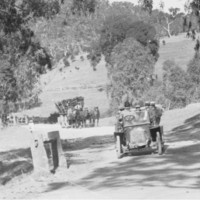 A motor car and horse-drawn carriage on a road near Mount Crawford (Gawler), c. 1920s 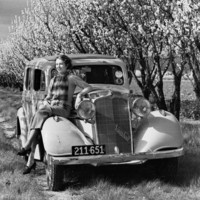 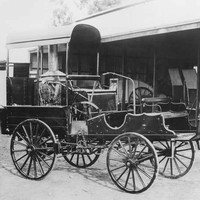 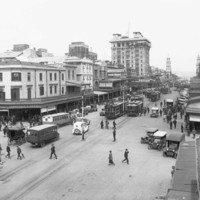 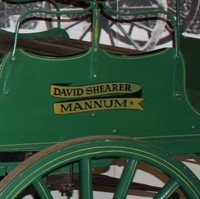 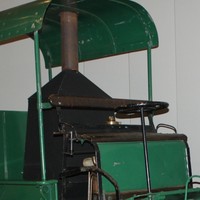 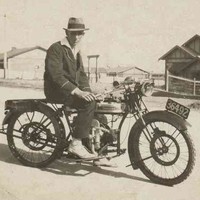 A man sitting astride a three-speed Douglas motorcycle with ‘CW’ chain drive, c. 1930 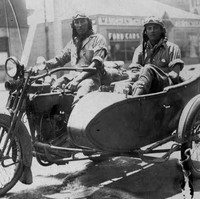 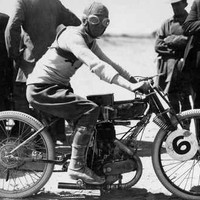 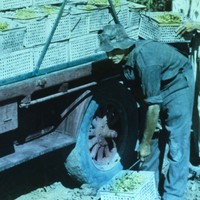 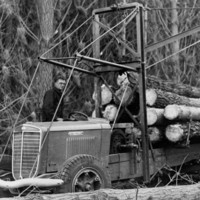 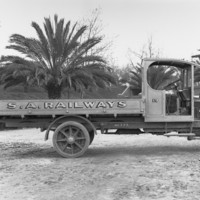 Hi Catherine, yes I contacted the site, they tell me that all old records that were on paper were destroyed and went to a paper-less tracking which makes perfect sense, I will try your idea of tracking the old papers for South Australia. I do have a photo of my old Mini 850, which I traded in for the Cooper S, I will hunt for the photo and send it, maybe you can find record of that one, otherwise I think I have to bite the bullet and hunt for another Cooper S to buy.
You dont no how much I appreciate your help, thank you so much.

Hi Alwyn,
If you're using the link I put in the last comment you can set the search to South Australia without specifying the name of the papers. My colleague Matthew Lombard at the National Motor Museum tells me he has been in touch via e-mail.

Good morning Catherine, if I may call you by your first name, It has been so long since we moved from Australia back in 1992, I cant remember what the local paper in Adelaide at the time was called, anyway we can only hope your colleagues can shed some light. Otherwise I guess I may have to keep an eye out for another one. Thanks for your help, much appreciated.
A. R. Charlesworth,
Airdrie AB T4A1N5
Canada.

Sorry for not replying earlier, but I had pretty much given up on hearing back, thinking this maybe a old site, so for that I do apologize to you. Yes I have contacted the site you recommended to me, but again no luck.
My only hope now would the S.A Government registries still have registrations going back to the 1960`s and such.

Yours sincerely.
A. R. Charlesworth

If you need more information, our colleagues at the National Motor Museum might be able to assist further: https://motor.history.sa.gov.au/contact/

Hi from Bendigo, Just wondering if I could get the details on SA plate 27155 from an Australian Six please? A list I have indicates January 1924 registration, but I now can't access the date on Trove. Many thanks, Vin

Hi Alwyn, are you after details specifically on that dearlership and car, or would information on that model do? Our colleagues at the National Motor Museum might be able to assist https://motor.history.sa.gov.au/contact/

How difficult would it be to find information on a BMC dealership that operated in the 1960`s in Medindie Sth Australia, called JN Taylor& sons.
Reason, trying to get info on Morris Cooper S 1966 that I bought new back then. Unfortunately I have lost all paper work for it.
Can you help, with any information.

I haven't been able to find the answer Jillian, but you can search digitised registrations here: http://www.familytreeoz.com/sa-car-registrations-1906-1927.html

That's a tough one Jillian, I'll see if our friends at the National Motor Museum have any idea. It may be possible to find out from official registration records, but of course if a car was registered by a second party it may be impossible to prove completely.

My grandmother owned a Stoewer in 1910. Being quite unusual for a woman at that time, can you tell me the first female, and date, to own a vehicle in South Australia please?

Associated with:
Bay to Birdwood