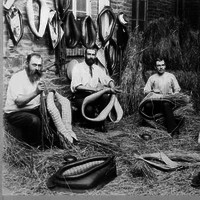 The precursor to the Holden Motor Company, saddle-maker Holden & Frost, is founded in Adelaide
1917

Prime Minister Ben Chifley launched the first Holden car in Melbourne on 29 November 1948. Originally to be called the Canbra, the name was changed to acknowledge the Holden family’s role in the Australian motor industry.

South Australian saddlery company Holden & Frost (founded 1856) had prospered by utilising low-cost production methods. A 1917 wartime imports ban prompted the firm to plan large-scale production of car bodies, and by 1926 Holden’s Motor Body Builders Ltd was producing more than half the national output. In 1931 the Great Depression reduced production to 1651 bodies – a 95% drop from the 1928 peak of 34 696. Holden’s largest customer, General Motors, took over the company to form General Motors–Holden’s, with Edward Holden as chairman. In 1944 approval for a post-war Australian car was granted by the United States parent company, General Motors. Bodies were produced at Woodville, South Australia and mechanical components at Fisherman’s Bend, Victoria. The new car was an immediate success.

A source of great national pride, the first Holden FJ is a 1950s icon. In 1959 Holden held 51% of a burgeoning Australian vehicle market. Modern Holdens are produced at Elizabeth, South Australia and Fishermen’s Bend. In December 2013, however, the imminent closure of General Motors-Holden’s manufacturing activities in Australia was announced. 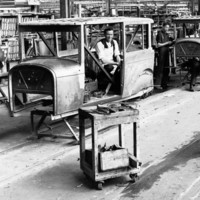 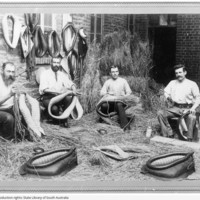 Image courtesy of the State Library of South Australia, SLSA: B 50937, Public Domain 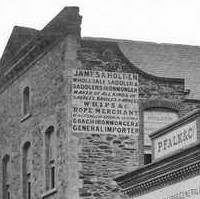 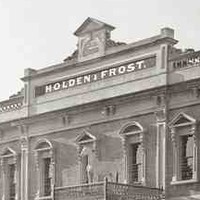 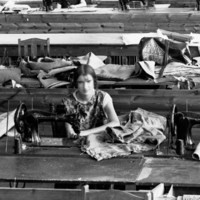 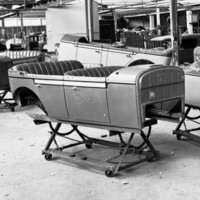 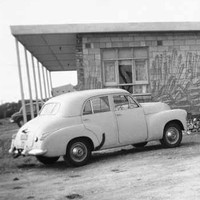 A Holden FJ sedan parked outside a block of flats at Christies Beach, c. 1950 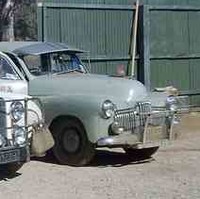 Hi Dennis,
I'm not sure about the saddle markings, but I'll make some enquiries and get back to you if I'm able to find out anything.

Hi wondering if there are any markings/signatures on the saddle. My grand father was involved with the leather work for Holden and Frost before he went into his own business

Hi Lynette, that does indeed sound like a treasure, and significant piece of history. If you're looking for a value you will need to consult an antiques or specialist dealer. The Federal government puts out a list of approved valuers for their 'Cultural Gifts' program, you may be able to find someone through that - http://arts.gov.au/sites/default/files/funding/tax/cgp/List-of-approved-...

my daughter has in her possession a holden and frost saddle .very old but is pretty much in tact .cant find any info or pics of their saddles .presuming its very rare .any info on where we can get information and value would be a great help. thankyou

Buttfield, N, So great a change: The story of the Holden family in Australia (Sydney: Ure Smith, 1979)