Lady Mayoress Genevieve Theseira-Haese believes in ensuring that the stories of past generations are shared and captured to help learn from and continue to build Adelaide’s HerStory.

Many members of our community have helped shape what we have learnt, In some cases we were able to make contact with relatives who were extraordinarily generous with their time and memories and the little details and personal reminiscences which came from those meetings allowed us to draw a more complete and often more colourful picture.

I am extremely proud of everything the council has accomplished over the years but I would also like to celebrate an oft- forgotten section of the council. This collection of HerStory, is the first step toward recognizing the invaluable efforts of those women who built and continue Adelaide. History often forgets these strong women and their work for the City of Adelaide but these stories bring them back from behind the veils of time, give them back their identities and present them with the recognition they deserve for their work.

It is our endeavour to inspire the community, by providing these stories, the names and the faces of the Mayoresses and Lady Mayoresses of Adelaide - celebrating Adelaide for being a City of Firsts.

I encourage you to read, be inspired and keep telling HerStory.

The HerStory project has come about to recognise and celebrate the lives and the achievements of Women’s work in South Australia.

When the project was first proposed, it quickly became apparent that not much was known of these women or their many contributions to the City of Adelaide but as we delved into old newspapers and dusty books, remarkable stories began to emerge.

As the colony of South Australia grew and developed, so too did the role of the Mayoress and later, the Lady Mayoress. Some identified with global movements while others lent their status and organisational skills to causes closer to home. In these stories you will read of grand balls and receptions for glamorous royalty but also of the hard work that was done behind the scenes to support others. In the early days of the colony, much of their charitable work was focussed on the city’s less fortunate but later, as the world lurched from one crisis to the next, Mayoresses and Lady Mayoresses used their influence to mobilise other women and became involved in vital work in support Australian troops during both World Wars. In the post war era, many Lady Mayoresses turned their attention to children’s welfare, the city’s homeless and mental health charities.

The stories collected offer a unique perspective of Adelaide and South Australia that form a different history to what is often heard. Reading them, we can learn of the earliest days of the first Australian local government and the strong pioneer women who supported and influenced their husbands while making their own mark on the new colony.

So valuable were these conversations that an idea was born to open the HerStory Project up to others. To develop it into a living history forum and invite the broader community to share information or even their own memories of the former Mayoresses and Lady Mayoresses of Adelaide.

All of them worked to make the City of Adelaide what it is today.

While researching their lives and times, we realised that much of what we know about them comes from public records and press clippings and that, in some cases, we were just scratching the surface of their stories. We acknowledge that there is much more that we don’t know about them.

In some cases we were able to make contact with relatives who were extraordinarily generous with their time and memories and the little details and personal reminiscences which came from those meetings allowed us to draw a more complete and often more colourful picture.

We hope that you can learn from the stories of our history and from the generations of past that have built Adelaide.

Let’s bring these stories out! We want you to help us tell #HerStorySA

We invite everyone, male and female, to join us on this journey.

Submit, share and add to these stories and participate with our online community at facebook.com/HerSttorySA 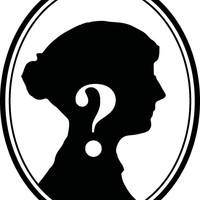 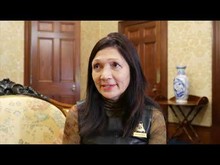 Associated with:
The Lady Mayoress' Chain