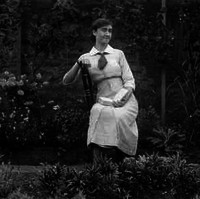 South Australia has made a significant contribution to horticulture and gardening ideas and practices in Australia, especially by pioneering propagation techniques and making these ideas and practices accessible to the lay person. While its gardening practices are based on sustenance (edible food plants) and experimentation, there is a strong tradition of both cottage gardening and large private gardens. The main constraints have been poor, alkaline and often nutrient-deficient soils, low rainfall and semi-arid temperatures. Nevertheless, trials by German, Scottish and English scientists, nurserymen and gardeners with both northern hemisphere and Mediterranean plants and economic crops resulted in major agricultural, viticultural, forestry and horticultural advances in the 1870s–1890s and the 1920s–1930s. Innovations included agricultural education, phylloxera prevention techniques, Radiata pine (Pinus radiata) propagation and extensive cultivar experimentation.

The foundations of gardening were established before settlement when horticulturist Thomas Allen & Sons advertised in the first edition of the South Australian Gazette & Colonial Register in June 1836. In the initial years George Stevenson, the ‘father of horticulture’ in South Australia (as claimed in his obituaries) wrote for the Register and practised what he preached at his North Adelaide and Leawood Garden properties. However, little money was spent on gardens and horticulture until some degree of land and employment security was obtained. The Adelaide community also unsuccessfully sponsored a botanic garden under the auspices of colonial botanist John Bailey on the banks of the River Torrens in 1839.

In prosperous years between 1840 and 1890 many South Australian families established gardens around their homes. Wealthy Adelaideans developed extensive private gardens in the Adelaide Hills, collecting, propagating and displaying curiosities and the latest plants from Asia and Europe. Garden styles shifted from pragmatic utilitarian and cottage garden principles to Victorian and Gardenesque styles as owners’ incomes and allotment sizes increased, and as gardens were established in the acidic soils and cool temperatures of the Adelaide Hills.

Nurseries began importing a wide selection of Asian, South African and European species, often shaping their establishments into social and educational venues. The most influential South Australian gardening publications, including the SA Vigneron & Gardeners’ Manual (1843), The Amateur Gardener for SA (1871) and the journals The Farm & Garden (1858–63) and The Garden & the Field (1875–1915), appeared during this period. Many Adelaide and Hills nurseries, the Agricultural Bureau, the Forest Board and the Adelaide Botanic Garden also encouraged gardening and supported the science of botany.

Federation and the period between the world wars saw a renewed interest in gardening with some emphasis on sustenance-related species due to the lean economic times. In the Hills gardening was influenced by plant collecting and sanatoria ideas. On the plains it was fashionable to be reviewed in South Australian Homes & Gardens (1923–53), a source of extensive gardening advice that was often influenced by the English Arts and Crafts movement and the ideas of Gertrude Jekyll and North American home improvement magazines. A few owners employed garden designers, particularly Elsie Cornish, Edna Walling and the Kemps Nurseries at Unley, to craft their gardens.

Leading to the modern era

From the 1950s to the 1970s an Australian identity struggled to gain a place, particularly in South Australia, against a strong English tradition. Roses, camellias and rhododendrons overshadowed both interest in Australian and Mediterranean-style vegetation and bush, and the recycled materials that Richard Massey, Robin Hill, Allan Correy and Ray Holliday used against conventional practices. As director of the Adelaide Botanic Garden (1948–80), Noel Lothian was an influential radio and television adviser on gardening and horticultural matters, also publishing The Practical Gardener (1955) and, with Ivan Holliday, Growing Australian Plants (1964).

In the 1970s a wave of parochial interest unfolded in South Australian native plants and gardening, but did not much offset adherence to cottage gardening ideas and flowering annuals, including the ubiquitous rose. 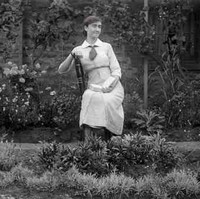 Image courtesy of the State Library of South Australia, SLSA: B 70752/16, Public Domain 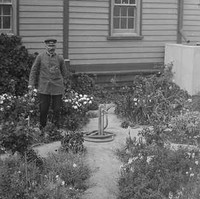 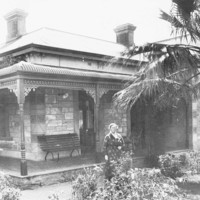 A woman stands in the home garden of the Public Service Commissioner, 9 July 1924 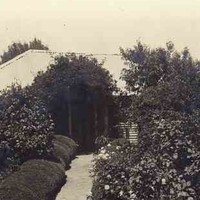 A carefully tended garden attached to a cottage at Millbrook, South Australia, c. 1900

Image courtesy of the State Library of South Australia, SLSA: B 63927, Public Domain 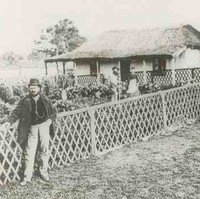 The cottage and attached garden belonging to the overseer of the Murray Bridge bridge works, c. 1879.

Image courtesy of the State Library of South Australia, SLSA: B 71995, Public Domain 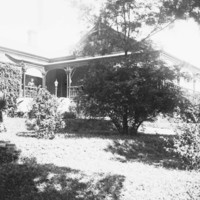 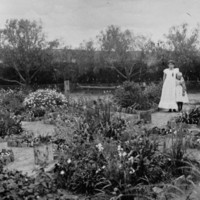 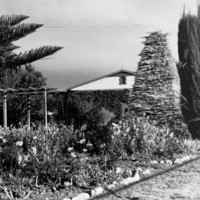 A garden on the property of a home in McLaren Vale, September 1947 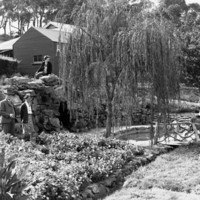 A group of men and women enjoy a garden at Stirling, c. 1930s 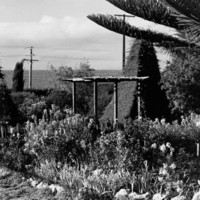 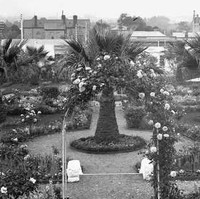 Image courtesy of the State Library of South Australia, SLSA: B 72260/6, Public Domain 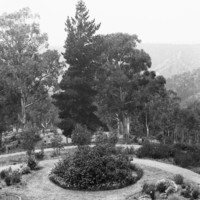 Part of the ornamental garden on the grounds of the Vice-Regal summer residence at Marble Hill, c. 1910s

Elliott, J, Our home in Australia: a description of cottage life in 1860 (Sydney, Flannel Flower Press, 1984)

Hodgkinson, R, ‘Gardens and gardening in Adelaide in the nineteenth century’, Journal of the Historical Society of South Australia, 19, 1991, 42–77

Jones, D & P Payne, Gardens in South Australia 1840–1940: Guidelines for design and conservation (Adelaide: Department for Environment, Heritage and Aboriginal Affairs and the Corporation of the City of Adelaide, 1998)