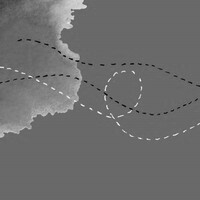 A Fijian presence in Australia has been evident since the late nineteenth century. At the turn of the century there were 585 Fijian-born Australians. Most of these people were of European descent.

Fijian-born South Australians are employed in a wide range of occupations. They have settled throughout the metropolitan area and rural South Australia.

The Fiji Association holds numerous functions throughout the year to promote Fijian culture. These include lovos and Island Nights.

Fijian culture shares a number of elements common to the indigenous cultures of other Pacific islands. The Fijian lovo, a feast cooked underground much like the Maori hangi (see New Zealand entry), is one such tradition.

To make a lovo people dig a deep hole, line the pit with stones, and then build a huge fire over them. After the fire has burned away, all of the ash and charred timber is removed, leaving only the hot stones. Meat, sweet potatoes, pumpkin and, if possible, taro, yams and cassava are wrapped in banana leaves or alfoil and placed on the stones. The pit is then covered with leaves, filled in with dirt and left for two hours.

The Fiji Association of South Australia stages Island Nights throughout the year for events such as Independence Day, which is celebrated on October 10. Island Nights consist of cultural performances and traditional feasts.

In 1993 the Fiji Association of South Australia imported a number of traditional Fijian grass skirts, salu salu floral necklaces similar to leis and collars, so that members of the association could be properly attired when they performed traditional chants and dances. Most of the chants tell of historical events, while dances are usually associated with battles, for example spear, club and war dances. Traditional foods served at Island Nights include delicacies such as kokoda, raw fish; palusami, taro leaves in coconut cream; ika vakalolo, cooked fish; and dishes influenced by the cultures of Chinese and Indian Fijians.

Since 1991 a non-denominational Fijian language Christian congregation has met weekly at the Uniting Church on Goodwood Road. The congregation is visited monthly by Fijian ministers from Melbourne or Sydney. For further information see Appendix 1, Religious Belief and Practice: Christianity.

The Fiji Social Club of South Australia was established on July 5, 1992. The club was founded with the aim of bringing together former residents of Fiji in a social and cultural environment. In 1992, 57 families and 15 individuals belonged to the club. The Fiji Social and Cultural Club of South Australia organises four or five functions a year. Cultural events include barbecues with outdoor games, meals of Indian Fijian cuisine, lovos and performances of traditional dances from Fiji, Malaysia, Indonesia and India. The Fiji Association of South Australia’s dance group has performed at some of the club’s functions.

The club is occasionally visited by organisations from interstate, such as the Sangam Orchestra, a 15-piece band of Fijian Australians based in Melbourne.

Fiji Association of South Australia Inc.: publishes a monthly newsletter and has a Facebook page

Fiji Social and Cultural Club of South Australia: has a Facebook page

According to the 1981 census there were 336 Fijian-born South Australians.

The 1986 census recorded 466. 156 people said that they were of Fijian descent. The remainder was probably of Indian, Chinese, or European ancestry.

The 1991 census recorded 749 Fijian-born South Australians. 766 people said that their mothers were born in Fiji and 772 that their fathers were.

The 2001 census recorded 815 Fijian-born South Australians, while 294 people said that they were of Fijian descent.

The 2006 census recorded 926 Fijian-born South Australians, while 406 people said that they were of Fijian descent.

Jupp, J. (ed), The Australian People: An Encyclopedia of the Nation, Its People and Their Origins, 2nd Ed., Cambridge University Press, 2001