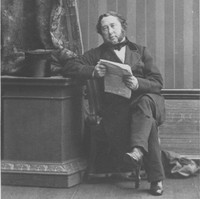 Following his arrival, Thomas Elder joined his brothers in business.
1878

Elder Family of Scots merchants and ship owners saw the infant South Australia as an opportunity to expand their business interests. Alexander Lang Elder (1815–1885), the pioneer, arrived in 1839 and established a trading business.

When copper was discovered at Kapunda in the Mid North in 1842 he became broker for a Scottish company formed with the short-lived ambition of ‘buying up all the mineral lands in the Province of South Australia’ (Paradise of Dissent, p. 334). Alexander’s brothers William Elder (1804–1882), a ship’s captain, and George Elder (1816–1897), a businessman, both arrived later in the 1840s and found Alexander doing very well. Recession had reduced his business competitors, and his reputation for integrity earned him positions of trust in the community and unopposed election to the 1851 Legislative Council. Opposing state aid to religion, an excited Alexander promised parliament that future South Australians would revere the ‘voluntaryists’ as the Americans did their Pilgrim Fathers (Paradise of Dissent, p. 437). He retired to England in 1853. William and George followed soon after.

Thomas Elder (1818–97) arrived in Adelaide in 1854 and joined his brothers in business. After their departure, Thomas made a fortune by financing the Wallaroo and Moonta copper mines (discovered in 1859 and 1861) in partnership with Edward Stirling, John Taylor and Robert Barr Smith. When Stirling and Taylor retired, Elder, Smith & Co. moved into capital-intensive pastoralism, using professional management, fencing, artesian bores and massive and diverse leaseholdings to minimise traditional dry-land farming risks. The company became one of the world’s largest wool-sellers, and remains a significant stock and station agency business. In 1981 it was taken over by the Melbourne-based Henry Jones IXL.

A legislative councillor 1863–68 and 1871–78, Thomas travelled widely in North Africa, Palestine and Spain, and used his great wealth to promote knowledge and culture in South Australia. He encouraged exploration expeditions, including Ernest Giles’s successful assault on the Great Victoria Desert, with money and camels from his stud at Beltana, contributed nearly £100,000 to the University of Adelaide, gave liberally to cultural associations, including £25,000 (the first major donation) to the Art Gallery of South Australia, and bequeathed £155,000 to churches, hospitals and other charities. He actively supported several cultural organisations, including Adelaide’s Zoological Gardens (to which he donated an elephant), Glenelg Yacht Club and the Acclimatisation Society. Elder was appointed KCMG in 1878 and GCMG in 1887. His statue stands in the grounds of the University of Adelaide, near the entrance to Elder Hall and the Elder Conservatorium, and generations of South Australians have enjoyed Adelaide’s riverside Elder Park, its rotunda a gift from Elder. 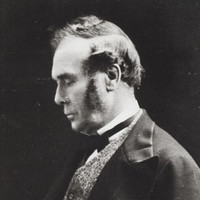 Image courtesy of the State Library of South Australia, SLSA: B 34517, Public Domain 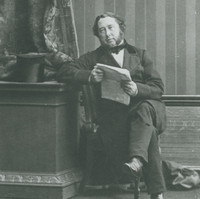 Image courtesy of the State Library of South Australia, SLSA: B 10236, Public Domain 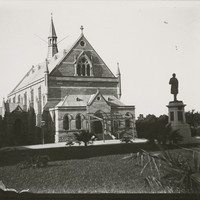 Image courtesy of the State Library of South Australia, SLSA: B 71030, Public Domain