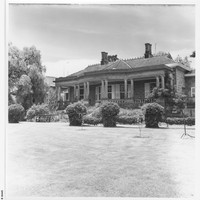 The Dutton brothers were born at Cuxhaven, Germany, sons of the British vice-consul and his wife. William Hampden Dutton (1805–1849) first visited Australia in 1826 and, having studied agricultural science in Prussia and observed flock management in Prussia, Saxony and Silesia, was fascinated by the local sheep industry. In 1839 William and his partners bought a 4000 acre special survey near Kapunda in the Mid North, the first in the province. Later, he and his younger brother Frederick Hansborough Dutton (1812–1890) established themselves as pastoralists on this run they named ‘Anlaby’. Partnered by Alexander Lang Elder, Frederick became wealthy through widespread mining and pastoral interests and, in retirement, developed Anlaby’s sheep stud. William suffered economic failure in 1841 and died in Melbourne.

Francis Stacker Dutton (1818–1877), the youngest brother, travelled to South Australia via Brazil and the eastern colonies. Working at 'Anlaby', he found copper and with his neighbour, Charles Bagot, commenced mining in 1845. Dutton sold his mining interests at a huge profit and turned to politics. His remarkable cultural, linguistic, engineering and business talents secured his election to the Legislative Council in 1851 and 1855 and to the new parliament 1857–1865, when he resigned to become South Australia’s agent-general in London. A staunch liberal and leading democratic reformer and framer of South Australia’s Constitution, he held many offices, including that of premier in 1863 and 1865. His South Australia and its Mines (Austaprint,1846) provides invaluable historical insights.

Geoffrey Dutton (1922–1998), poet, novelist, biographer, essayist, art critic, reviewer, editor and publisher, was grand-nephew of Anlaby’s founder. The prominent role he played in Australian literary and artistic life during the second half of the twentieth century is evident in his autobiography, Out in the Open: An autobiography (Brisbane: University of Queensland Press, 1994). 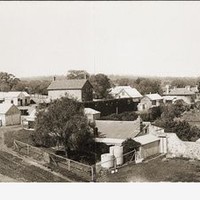 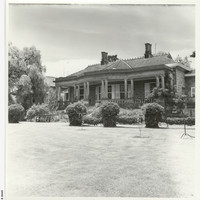