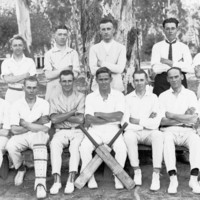 This sport, which has long claimed to reflect civilised values, has always had broad social appeal in South Australia, with clubs formed around workplaces, hotels, schools, churches and lodges as well as district and town localities. The pilgrimage to Adelaide Oval on the Australia Day long weekend for either a Test match or limited-over international matches still appeals to cricket lovers from all over the state.

While cricket was first played in South Australia in 1839, for 30 years matches were irregular. The South Australian Cricket Association was formed in 1871 and club games were arranged from 1874–75. Norwood won 16 premierships before the establishment of district-based cricket in 1897–98. International and intercolonial cricket began in the 1870s and 1880s. WG Grace, who led the third English team to Australia in 1873–74, played twice against teams comprising 22 players. In 1874 a South Australian Eighteen played Victoria in the first intercolonial cricket match, while the first Test match at Adelaide Oval was against England in 1884.

South Australia contested the Sheffield Shield in its inaugural season in 1892–93 with New South Wales and Victoria and won the competition in its second year. All-rounder George Giffen was a dominant performer and became the first South Australian player to become Australian captain in 1894, to be succeeded by Joe Darling in 1899 and Clem Hill in 1910. Hill represented South Australia for 31 years, captaining the state to its second and third Shield wins in 1909–10 and 1912–13.

Some of the stars

District cricket began in Adelaide in 1897–98, and Norwood, recast as East Torrens, won 12 out of 14 premierships either side of the First World War. In the 1920s the most important figure to emerge was South Australia’s famous all-round sportsman Victor Richardson. Richardson led the state to its fourth Sheffield Shield in 1926–27 with leg-spinner Clarrie Grimmett crucial to the success. He became the fourth South Australian to captain Australia when he took the 1935–36 team to South Africa.

After the Bodyline controversy of 1932–33 Don Bradman moved to Adelaide in 1934. He led the state to a Sheffield Shield win in his first season in 1935–36, when he made the highest individual score on Adelaide Oval of 369 against Tasmania, a record that still stands. Bradman also captained South Australia to another Shield win in 1938–39, but given his batting and Grimmett’s penetrative bowling it is surprising the state did not have greater success. In club cricket West Torrens won five premierships.

Bradman played only three Sheffield Shield matches after the Second World War. Phil Ridings led a well-balanced side to Shield success in 1952–53 before Les Favell became a creative captain in the late 1950s and 1960s with further Shield wins in 1963–64 and 1968–69. South Australia benefited from the services of the gifted West Indian all-rounder Gary Sobers early in the decade and other quality cricketers, including Richardson’s grandsons Ian and Greg Chappell. South African opening batsman Barry Richards’s 1538 run season in 1970–71 paved the way for a Shield win. For Ian Chappell it was a memorable year in which he led his state and country for the first time. He captained South Australia to another Shield win in 1975–76 when David Hookes made his first appearance. The first Adelaide Oval limited-over match, against the West Indies, was played the same season. Hookes assumed the South Australian captaincy in 1981–82 and gained Sheffield Shield success immediately. He later exhibited the flair and imagination of his predecessors Favell and Chappell. His batting was exhilarating, especially when he made a century in 34 balls against Victoria at Adelaide Oval in October 1982. South Australia’s spasmodic success has been partly due to the failure to produce outstanding fast bowlers on hard and true oval wickets. Jason Gillespie’s brilliant second season in 1995–96, combined with a powerful batting line-up and versatile bowling, brought the state its most recent Shield success.

The aesthetic appeal of Adelaide Oval may give a green and pleasant feel to South Australian cricket, but much of the culture of the game derives from the rough backblocks and burning concrete strips on which many country cricketers spend their Saturday afternoons. District cricket has also been important and was keenly contested after the Second World War until Prospect took control in the 1960s with seven premierships. Since the 1970s the most remarkable feature has been the Salisbury club’s nine premierships. 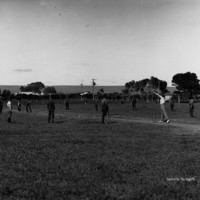 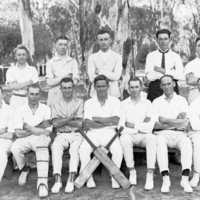 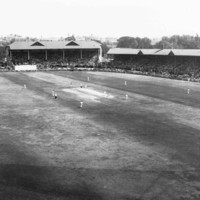 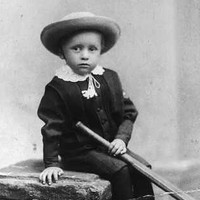 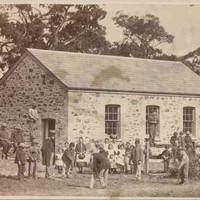 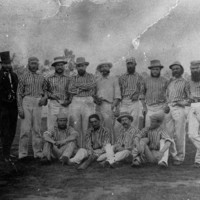 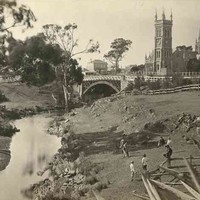 Hi Jim,
I'm afraid I'm coming up blank on that one as well, I've had a bit of a dig around and found nothing here. I will search further afield and let you know if we turn anything up.

Hello,
My wife has a Kirra Pewter tankard inscribed Combined Queens
C A33, 1971. Her father Bob Harbard played cricket for Kensington in the 60's and won a number of trophies, but the family can't place this one. Could it be a cricket award or more likely some other sport?

Thank you and best wishes,