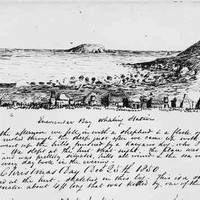 In the immediate wake of European settlement at Adelaide, crime perpetrated against the colony's inhabitants is often attributed to 'illegitimate' individuals comprising escaped or emancipated convicts and their associates. Members of this 'class' are branded bushrangers, even though their activities are a far cry from the accepted definition of the term.
1838

Rumours that 'bushrangers' living in the Adelaide Hills intend to destroy the fledgling colony are given weight when an attempted robbery is made on the colonial treasury. The main perpetrator, Michael Magee, is found guilty of attempted murder against the sheriff, Samuel Smart, and sentenced to death. He is executed publicly in the north parklands, a short distance from the iron store near Montefiore Hill.

There were no bushrangers in South Australia, at least none to fit the description of popular tradition. There were no hold-ups of stagecoaches, notorious gangs terrorising districts or highwaymen preying on wayfarers. But there was law breaking, an embarrassment to those who came as migrants to a society supposedly free of crime and convicts.

An anxious and frightened community living in tents on the Adelaide plains quickly blamed crime on an ‘illegitimate’ class who threatened to destroy their utopian dream. Members of this ‘class’, which included escaped or emancipated convicts, associates or anyone tainted by convictism like runaway sailors and those living at whaling stations such as Encounter Bay on Fleurieu Peninsula, were branded bushrangers.

Rumours of escaped convicts and cohorts living in the Adelaide Hills awaiting their chance to sweep down to destroy the fledgling settlement were given substance in April 1838 following a bungled robbery of the colonial treasury, housed in a tent, during which a shot was fired at the sheriff, Samuel Smart. Governor John Hindmarsh’s response to this outrage was to establish a centrally organised, armed, mobile, uniformed and paid police force, the first of its kind in Australia and one of the first in the world. Their initial duty was to preserve order at the public hanging of the main perpetrator, Michael Magee, in a forceful display of emigrant resolve. The principal role of the police was thought to be not so much to suppress lawlessness but to exclude it by preventing entry of the criminal classes to South Australia. The legitimate settler would show no tolerance to those who might threaten the utopian dream. 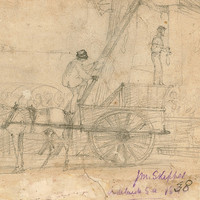 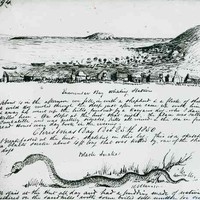 Clyne, RE, ‘Legitimate settler: Reaction against the escaped convict and other illegitimates in South Australia, 1836–1848’ (BA Hons thesis, Flinders University, 1976)