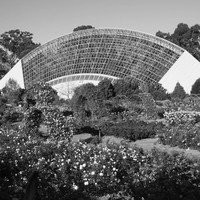 A botanic garden, provided for in the survey of Adelaide by Colonel William Light, was supported by public appreciation of the economic and scientific benefits, mirroring similar initiatives elsewhere in the British Empire.

Following an unsuccessful attempt in 1855, the botanist George William Francis was appointed to develop a garden in the parklands adjoining North Terrace, which was opened to the public in October 1857. In 1860 an Act ‘to establish and regulate an institution called “The Botanic Garden of Adelaide”’ provided for a board of governors to manage a site encompassing the present Botanic Garden, Botanic Park and Zoological Gardens. By 1873 the garden comprised 52.6ha, a further 2.4ha being added with the closure of the former mental asylum ‘Yarrabee’. While Francis established much of the foundation plantings, Richard Moritz Schomburgk (director, 1865–91) transformed the structure and planting presentation of garden and park into their present Victorian and Gardenesque styles. The Palm House, imported from Bremen, Germany and first opened in 1877, was restored and re-opened in 1997, and the Bicentennial Conservatory opened in 1989.

In 1952 the board acquired land to design and plant a Mount Lofty Botanic Garden in the Adelaide Hills (opened 1977). The Wittunga Botanic Garden at Blackwood was donated by the Ashby family in 1965. The board acquired the ‘Beechwood’ property at Stirling in 1981. It actively supported the establishment of the Arid Lands Botanic Garden at Port Augusta from 1981, and in the mid 1990s was drawn into a public debate that resulted in the relocation of the board’s offices and herbarium and the transfer of additional land to create the International Rose Garden. The board was also responsible for the planting and management of the Government House gardens from 1860 until 1999. The Adelaide Botanic Garden today provides a significant Victorian-style botanic garden, while its associated gardens enhance its international profile with their significant specialised plant collections and settings. 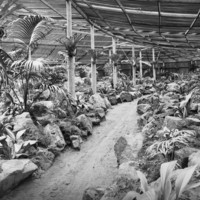 The interior of a ‘Hot House’ (greenhouse) at the Adelaide Botanic Garden, 27 November 1919 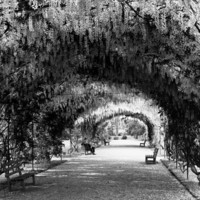 A wisteria-covered walkway at the Adelaide Botanic Garden, 18 October 1929 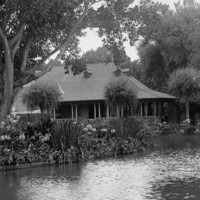 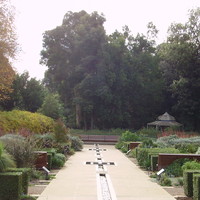 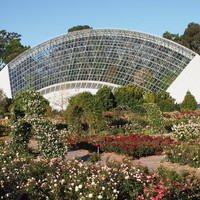 The rose garden at the Adelaide Botanic Garden, with the Bicentennial Conservatory in the background, 6 November 2013
Courtesy of/Photographer:Andrew Winkler 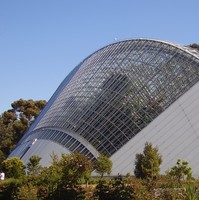 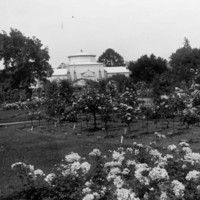 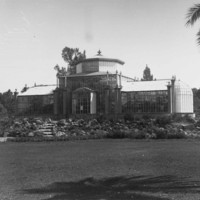 The Palm House conservatory at the Adelaide Botanic Garden, 19 February 1923 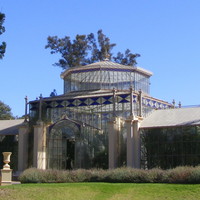 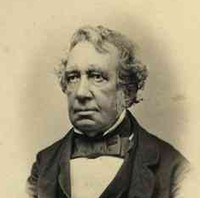 Image courtesy of the State Library of South Australia, SLSA: B 922, Public Domain 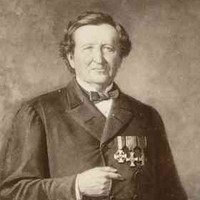 Image courtesy of the State Library of South Australia, SLSA: B 5676, Public Domain 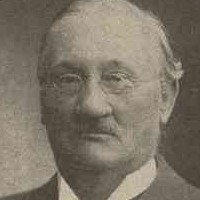 Hi Brian,
This article was originally written for the 'The Wakefield companion to South Australian history' which limited the length. Adding further articles and information is an ongoing process that currently relies heavily on community and volunteer contributions. We welcome suggestions for further content and authors and will keep your comment in mind as we tackle the long list for further research.

There is an inconsistency in providing a detailed historical account of the Adelaide Botanic Garden while almost dismissing Wittunga and Mount Lofty Botanic Gardens in a single sentence. As parts of the same institution, but having distinct roles, the history of each of these gardens represents an important scientific, educational and cultural community asset.