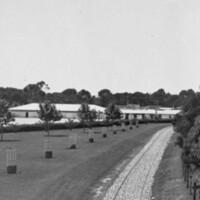 The banks of the Torrens River, (called Karrawirra parri by the Kaurna,) have a long history of occupation and use. For the Kaurna People the Torrens and its banks were important places for hunting and food gathering. Further east along the Torrens, at what is now Botanic Park, they also held large gatherings with neighbouring tribes.

European settlement disrupted this use immediately. It also placed extreme pressure on the fragile resource. Within months of their arrival, the impact of the settlers’ camps, carts and animals was apparent, in mounds of rubbish and trampled banks. The waters were soon polluted, affecting the health of Europeans and Kaurna alike.

The landscape and topography of this particular area has changed a great deal since 1836. In Colonel Light’s 1837 plan of Adelaide this location was part of the Government Domain – a large section that extended over both sides of what is now King William Road (not then in existence) and reached almost to the banks of the river. The original Government Hut was located further west, somewhere behind the present location of the Adelaide Railway Station. When Governor Gawler arrived in the province in 1838 he took one look at the Government Hut and decided to build something bigger and better. The location he chose was the site of the present Government House on North Terrace at the junction with King William Street. Building began in 1839.

By the 1890s there was increasing concern about the state of the Torrens and its surroundings, and various beautification schemes were set in train.  The quarry was filled in, the area landscaped and the palm trees we see today were planted. On the flat ground at the base of the quarry a parade ground was created for the colonial regiment and in 1899 the drill sheds that had been located on North Terrace were relocated behind the Parade Ground. In 1901 the area around including the Parade Ground was transferred to the new Commonwealth Government.

The area continued to be a centre for military activity in South Australia, along with the barracks built at Keswick.  It served as both a mustering point and enlistment centre during both world wars. The classically proportioned low white building that sits to the west of the Parade Ground on Kintore Avenue was built for the Army in 1936. Designed by government architect C E Davis, it is described as being a fine example of the inter-war ‘Stripped Classical’ style, reminiscent of similar buildings constructed in Canberra at the time. Known simply as the Torrens Training Depot, it has been home to various units over time, including the 10th, 27th and 43rd/48th Battalions, and the University Regiment.  The Depot features a large Drill Hall and a very fine block jarrah polished floor, capable of supporting the weight of heavy vehicles, which were stored there during the Army’s occupation. During the Vietnam conflict and later new recruits remember sleeping in the Drill Hall before leaving for their basic training. The jarrah must have made a hard bed!

Popular Use and Dissent

In addition to its official use by the military, the Parade Ground had another unofficial life. Even when surrounded by a low fence, the people of Adelaide continued to use it as a thoroughfare, crossing the Parade Ground to go to the city or the University of Adelaide. Eventually the Adelaide City Council bowed to the inevitable and created a footpath up the hill to Kintore Avenue. The Parade Ground also has a history linked to dissent in the city. During the years of the anti-Vietnam War protests demonstrators often rallied on the Parade Ground and it was used for protest gatherings both before and after this.  More recently it has been the backdrop for the very successful Writers' Week Festival, held on the lawns by the Parade Ground each year in late-February-early March.

In 2001 the Parade Ground and Training Depot were returned to the South Australian Government and an extensive restoration project was completed on the site. The Depot now houses various service groups and the administrative headquarters of History SA. It is open to the public on various days of the year – notably during the SA History Festival in May and over the weekend of Open House Adelaide. On other days it is accessible by arrangement with History SA to view a large panoramic photograph of the city taken in 1865 by Townsend Duryea. 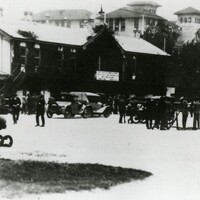 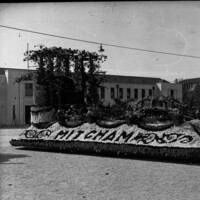 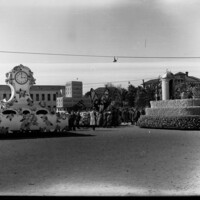 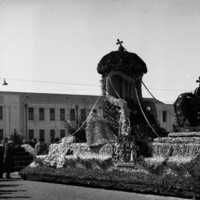 City of Adelaide float, with throne, for the 1936 floral pageant
Courtesy of/Photographer:History SA 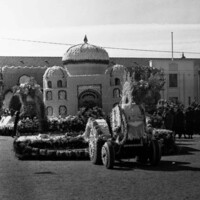 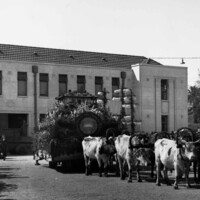 Federation of the town of Thebarton float pulled by bullocks, September 1936 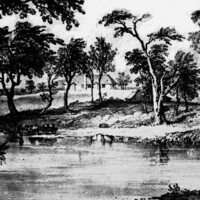 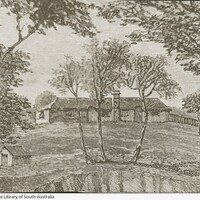 Image courtesy of the State Library of South Australia, SLSA: B 6705, Public Domain 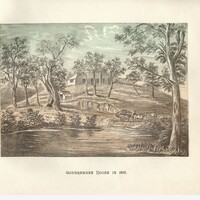 Image courtesy of the State Library of South Australia, SLSA: B 9483/4, Public Domain 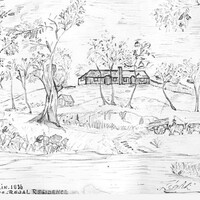 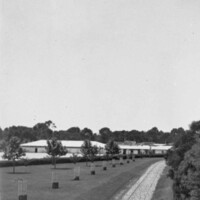 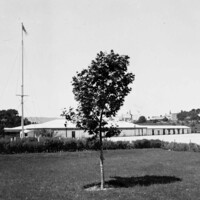 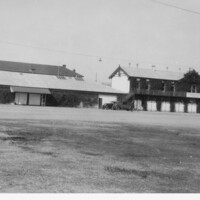 The former Drill Hall and offices of the 43rd/48th Battalion and 13th Field Brigade at Torrens Parade Ground, 23 August 1935

Image courtesy of the State Library of South Australia, SLSA: B 6738, Public Domain 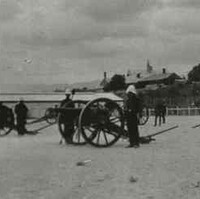 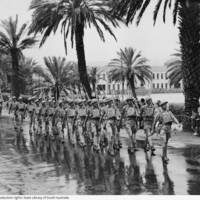 Image courtesy of the State Library of South Australia, SLSA: B 68800, Public Domain 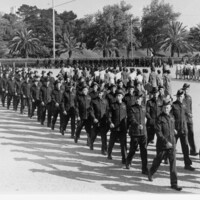 Image courtesy of the State Library of South Australia, SLSA: B 62413/87, Public Domain 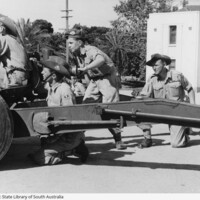 Image courtesy of the State Library of South Australia, SLSA: B 7798/643, Public Domain 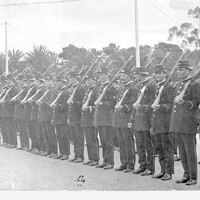 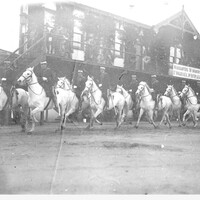 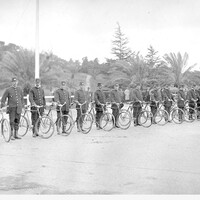 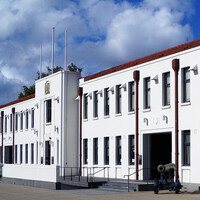