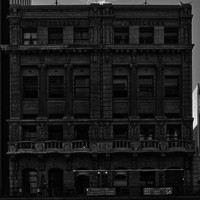 The Tattersalls Building on Grenfell Street was built for the South Australian Tattersalls Club (SATC), a betting and gaming club modelled on the London Tattersalls and following the creation of similarly named clubs in the Eastern colonies.

Tattersalls first formed in SA in 1887, but closed in 1887 after legislation restricting gambling led to falling membership. It reformed in 1888 and met in the Grenfell Chambers before building club rooms in 1917 and this building in 1927-28. The intricate facade includes horseshoes around the columns, a reference to the clubs original activities. 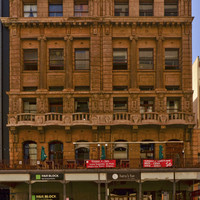 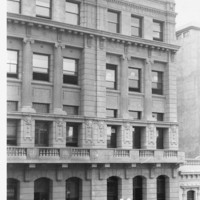 Image courtesy of the State Library of South Australia, SLSA: B 5146, Public Domain