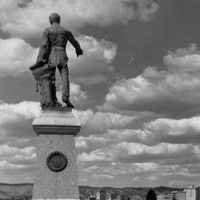 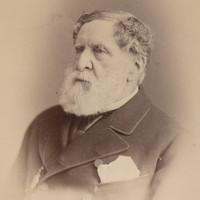 The hill was named for Jacob Montefiore by the committee of prominent colonists who named all of the main streets and squares of Adelaide on 23 May 1837. 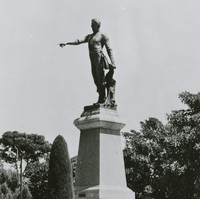 Additional name of 'Light's Vision' given

Montefiore Hill was developed as a lookout as part of South Australia’s centenary celebrations in 1936. In 1938 Sir Henry Newland, president of the Pioneers Association of South Australia, suggested shifting Colonel Light’s statue from Victoria Square and renaming the precinct ‘Light’s Vision’.

Montefiore Hill is a small rise north of the River Torrens to North Adelaide. The elevated position enables views of parts of the city, suburbs and Mount Lofty Ranges.

The hill was named for Jacob Montefiore by the committee of prominent colonists who named all of the main streets and squares of Adelaide on 23 May 1837. The location also became known as Light’s Vision: a statue of Colonel William Light (1786–1839) points towards the city that he sited and surveyed.

Jacob Montefiore (1801–95) was the eldest son of Eliezer Montefiore, merchant and sugar planter of Barbados and London, and Judith (née Barrow). Jacob lived and was educated in London. He too became involved with the colonial produce trade and went on to develop a keen interest in the Australian colonies. Jacob Montefiore invested in the Swan River settlement (Perth, Western Australia) in 1829 and he shared real estate business interests in New South Wales with his youngest brother, Joseph Barrow Montefiore.

With Lieutenant-Colonel George Palmer jnr (1799–1883), Montefiore assisted Colonel Light in preparing the ships Rapid and Cygnet for their journey to South Australia in 1836. Montefiore and Palmer trialled a new code that required an emigrant ship carrying more than 100 passengers to have a medical practitioner on board and to observe a minimum deck height. These reforms, first adopted by the South Australian Colonisation Commissioners, led to a greatly decreased mortality rate. In 1839 the code was adopted for all British colonial emigrant ships.

Montefiore visited South Australia in 1843 and was received by Governor George Grey. He visited again in 1854 by when his brother was again a successful businessman, running JB Montefiore & Co. in Adelaide. Jacob Montefiore promoted South Australia throughout the rest of his life, taking care to highlight the work of his friend Colonel Light. Montefiore and Palmer were two of the four friends of Light who donated a large silver bowl to the Adelaide City Council in 1859 to be used for toasting his memory (Bulbeck, p263). In 1885 he presented a portrait of himself, painted by the artist Barnett Samuel Marks, to the National (later Art) Gallery of South Australia.

In 1886 Jacob Montefiore was appointed as South Australia’s honorary commissioner at the Colonial and Indian Exhibition in London. He died in London in 1895.

Montefiore Hill was developed as a lookout as part of South Australia’s centenary celebrations in 1936. The project involved levelling the top of the hill, creating a garden and constructing a balustrade. The lookout honoured the pioneers, but early in 1938 Sir Henry Newland (1873–1969), an Adelaide surgeon and president of the Pioneers Association of South Australia, suggested redesigning and expanding the area, shifting Colonel Light’s statue from Victoria Square to there and renaming the precinct ‘Light’s Vision’ in time for the centenary of Light’s death in October 1939.

The association’s grand plan was rejected by the Adelaide City Council, but it accepted the proposed name and the relocating of the statue which in May 1938 was moved to Montefiore Hill where it became a focal point of the balustraded garden lookout. Until 2013 Light stood with his right index finger pointing to the city below, but the redevelopment of Adelaide Oval in 2012–13 has obscured the view of the city, causing some controversy and has lessening the impact of a visit to Light’s Vision. 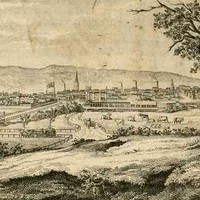 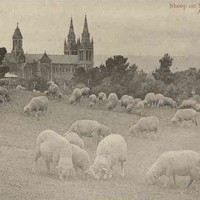 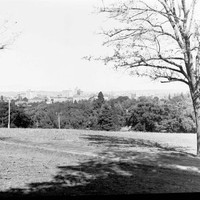 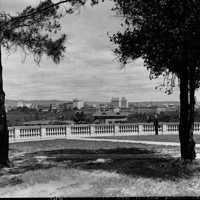 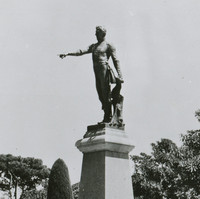 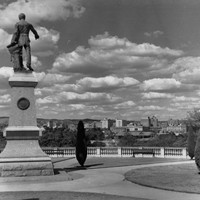 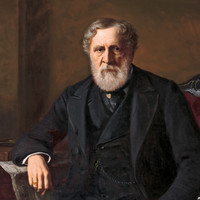 Gift of Mr. James Montefiore 1885, Art Gallery of South Australia, Adelaide. Not to be reproduced without permission. Advertiser, 29 March 1938, ‘Light statue to be moved: Council decision on majority of one’ p19