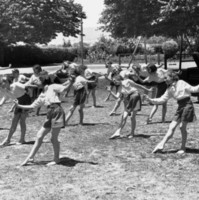 Several proposals to provide playgrounds for city children were discussed in the early twentieth century. In September 1918 Adelaide’s mayor, Charles Glover, told the city council that to hold the annual Mayor’s Ball ‘while the War is still taking heavy toll of so many of the best of our younger citizens’ would be inappropriate. Instead he proposed to ‘promote the happiness and well-being of the children of the city’. The council cancelled the ball, and spent the money on a playground in Park 20 in the South Parklands, close to Gilles Street School. Glover Playground was opened in December 1918. Glover’s commitment to children’s playgrounds saw him build two more at his own expense in the 1920s, on Le Fevre Terrace, North Adelaide (also Glover Playground) and East Terrace. 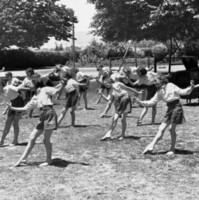 Glover Playground in the South Parklands 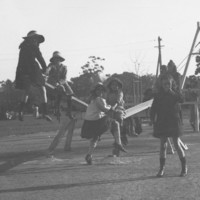 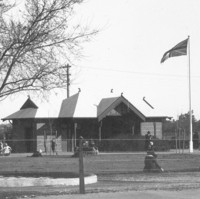 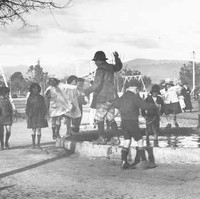 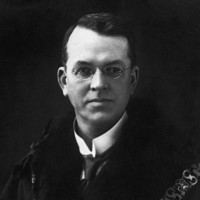 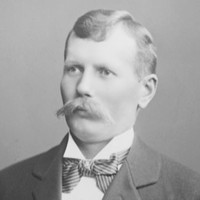 Courtesy of the City of Adelaide Archives. Not to be reproduced without permission. 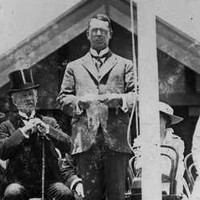 Adelaide Lord Mayor Charles Glover delivers a speech at the opening of Glover Playground in the South Parklands, 1918