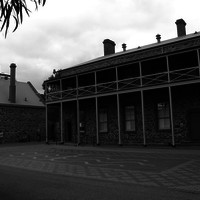 Although colonial planners envisaged that South Australia would be a utopia without unemployment and poverty, from the beginning many settlers appealed to the colony’s emigration agent for government assistance, and some vulnerable immigrants were housed in Emigration Square.

Despite an 1843 act providing that relatives were responsible for the support of family members, the South Australian government found itself reluctantly supporting destitute people who had no relatives in the colony. Private charities also came to their aid. By March 1856 a quadrangle of buildings in Kintore Avenue off North Terrace known as the Destitute Asylum, the first institution of its kind in the Australian colonies, was providing ‘indoor relief’ to 65 women, 30 men and 43 children. Fifteen of the women were either in the final stages of pregnancy or recovering from childbirth; ten had the added stigma of being unmarried. ‘Outdoor relief’ in the form of rations was provided to a further 693 South Australians throughout the colony.

Attempting to make the receipt of government welfare as unattractive as possible, legislation in 1863 and 1867 set down rules and regulations for the management of asylum inmates. They were required to wear a uniform, and to rise, eat and retire at set times. The able-bodied were obliged to work, men in the asylum gardens and women in the traditional pursuits of cooking and sewing. Inmates were only permitted to leave the premises one afternoon a week, and allowed to see visitors for three hours every Wednesday; parents were allowed to see their children for just two hours once a month. Despite these measures, in 1865 approximately 150 of the 1276 colonists dependent upon the government lived in the Destitute Asylum. In September 1872 the South Australian Register reported that 2085 South Australians were receiving outdoor relief from the Destitute Board, while 176 males, 56 females and 15 pregnant women resided at the asylum. The newspaper acknowledged the asylum’s unofficial role as a home for the terminally ill and old, commenting that of these 247 inmates ‘75 per cent will most likely never quit it except by death’.

Various state and Commonwealth welfare provisions introduced after the turn of the century reduced demand for Destitute Asylum accommodation. It closed in 1918 and some of its buildings now house the Migration Museum. 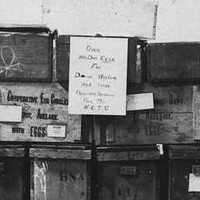 A large consignment of eggs sent to the Destitute Asylum by the Woman's Christian Temperance Union, c. 1905

Image courtesy of the State Library of South Australia, SLSA: B 56722, Public Domain 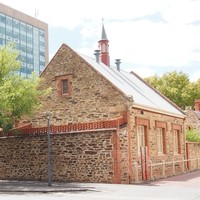 Buildings that were part of the Destitute Asylum, now the Migration Museum, 2014.
Courtesy of/Photographer:Bahudhara

By Bahudhara (Own work) [CC-BY-SA-3.0 (http://creativecommons.org/licenses/by-sa/3.0)], via Wikimedia Commons 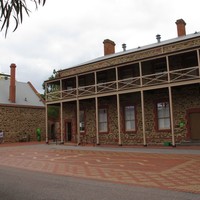 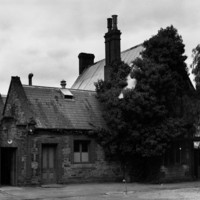 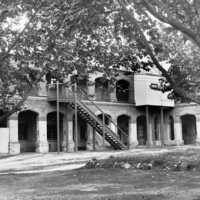 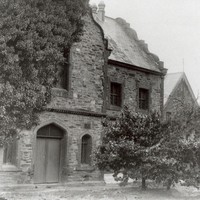 Image courtesy of the State Library of South Australia, SLSA: B 6449, Public Domain 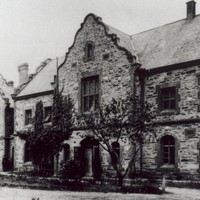 Image courtesy of the State Library of South Australia, SLSA: B 796, Public Domain 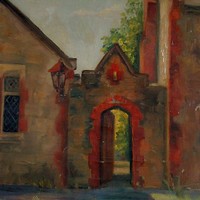 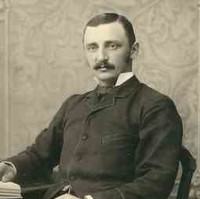 Image courtesy of the State Library of South Australia, SLSA: B 3575, Public Domain 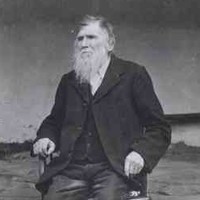 Thomas Nestor, an inmate at the Destitute Asylum, c. 1885

Image courtesy of the State Library of South Australia, SLSA: B 34154, Public Domain

Hi Dean,
it was most likely connected to his financial situation at the time. For a background on the related health system a good book to start with is - Dickey, B, Rations, residences, resources: A history of social welfare in South Australia since 1836 (Adelaide: Wakefield Press, 1986)

It looks like you have already done quite a bit of research and found the Destitute Asylum archives at State Records, but if you're looking for tips on where else to look they also have excellent family history research guides on the State Records website - https://archives.sa.gov.au/finding-information/using-our-collection/star...

I have recently discovered that my g.g.g grandfather Thomas Preston was admitted to the Adelaide Desitute Asylum on the 28th February, 1856 with what is described in the admission register as an "affection of the chest. Unable to work." He died on the 8th March, 1856 from a haemorrhaging of the lungs.

I am interested in learning more about him and am curious as to why he would have been admitted to the Asylum and not the Adelaide Hospital.

Hi Lynne,
All of the Destitute Asylum archives are held by State Records: https://archives.sa.gov.au/finding-information/discover-our-collection/h...
Best of luck finding out more on your GG Grandfather.

I have learned that my GG Grandfather Frederick HOBBS, spent time on more than one occasion in the Asylum, starting I believe in 1881 He and his wife Elizabeth Hannum (nee LUCAS) arrived in SA on the Coromandel in 1837. Are there any records from the Asylum referencing people who were there?

Geyer, M, Behind the wall: The women of the Destitute Asylum Adelaide, 1852–1918 (Adelaide: Axiom, in association with the Migration Museum, 1994)