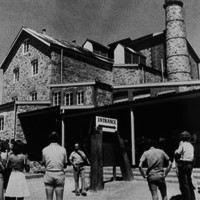 When it first opened as a private collection in 1965 the National Motor Museum collection was housed entirely in the Peerless Roller Mills, colloquially known as the ‘Birdwood Mill’. The complex is, in fact, made up of two adjoining mill buildings. Though the majority of the Museum’s collection is now housed in two large pavilions, the original mill buildings on Shannon Street remain an important part of the Museum site.

Life as a Mill

Built on Peramangk land in the Adelaide Hills, the site itself has a checkered history and has undergone reconstruction and frequent changes of hand over a relatively short period of time. The original mill was built in 1855 by German settler Gottlieb Blumel, and is located in the main street of the town of Birdwood (known as Blumberg until 1917). The first mill burned down in 1865 and was rebuilt in 1868 by William Beavis Randell, of Gumeracha, and his son Samuel.
Only four years later it changed owners again, purchased by Friedrich and Theodore Pflaum. The two brothers, both migrants from Germany, had already established roots in Blumberg through their running of the nearby general store.

Under the direction of the Pflaum brothers, who invested in expanding the site and purchasing new machinery the Mill achieved its period of greatest success. The expansion included the building of a new four-storey mill in 1888. They rebranded as the “Peerless Roller Mills” and their high quality flour became renowned all over the world.

Like the other mills before it, “Peerless Roller Mills” was the heart of Blumberg, providing employment for many of the town’s residents and driving much of the economic activity in Blumberg and surrounds.

The Birdwood Mill finally closed in 1953; despite having switched to more modern electric power from steam only a few years prior, the business did not survive the shrinking of the Australian flour industry following the Second World War.

Over the next decade the site fell into disrepair, used only rarely by the local table tennis club as a venue for matches.

Life as a Museum

In 1964 new owners Jack Kaines and Jeff Mellhuish began restoring the mill to house their vehicle collections. Kaines, in particular, was a noted motorcycle collector and had an impressive collection of motorcycles. Just one year later, in 1965 and with another investor, Len Vigar, now involved, the Birdwood Mill Museum was officially opened by Sir Thomas Playford. As well as housing vehicles, the museum also displayed objects relating to European settler life in the area and other curiosities.

In 1971, the museum underwent change yet again, with car enthusiast Gavin Sandford-Morgan leading a consortium that purchased the museum. He and the other financial contributors shifted the focus of the museum toward technological history, including displays that related to large industries like agriculture but also to everyday household appliances. With new ownership, the museum was also renamed the Birdwood Pioneer Art & Motor Museum.

In 1976 the Museum was again for sale, and was purchased by the South Australian State Government. It came under the auspices of the newly formed History Trust of South Australia in 1981, and was named the National Motor Museum in 1988. 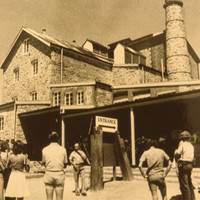 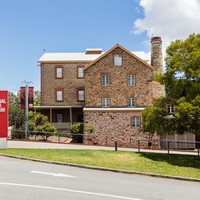