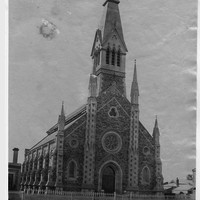 The Evangelical Lutheran Bethlehem Church opened on 23 June 1872, this church is associated with the German migrant community. Its bell tower was intended to house three bells. The bells were reputedly cast in Germany from cannons captured from the French and presented by Prince Bismarck on behalf of the emperor. Two alternative explanations as to why these bells were not installed are that the ship carrying the bells was lost and that they arrived in Sydney in 1879 and were exhibited at the Sydney International Exhibition where they won a first prize. Regardless, they never reached their destination in Adelaide. 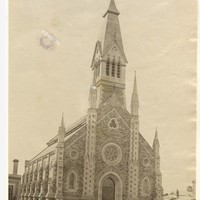 Image courtesy of the State Library of South Australia, SLSA: B43020, Public Domain 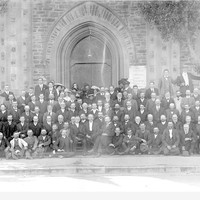 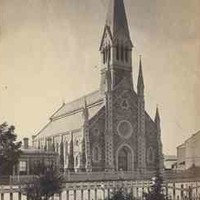 Image courtesy of the State Library of South Australia, SLSA: B 26178, Public Domain.