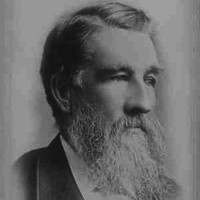 William Ranson Mortlock was born in about 1821 at Moat House, Melbourn, Cambridgeshire, England, the son of William Mortlock and his wife Mary (née Newling). His family was deeply involved in banking. In 1843 William emigrated to South Australia on the Imaum of Muscat. During the crossing-the-line ceremonies he was thrown overboard wearing a heavy money-belt and had to struggle hard to regain the ship.

This was a time of severe depression in the colony but Mortlock was equipped with both capital and business skills. During his first year in Australia, he journeyed to New South Wales to survey prospects before deciding to settle in South Australia, where he initially set up as a maltster. With as much commercial commonsense as vision, Mortlock invested in the pastoral industry and in 1847 took up the Yalluna run near Tumby Bay, put 5,000 sheep on it and found a suitable manager. At the same time he operated two flour mills, one at Noarlunga and the other in Halifax Street, Adelaide, each of them able to serve prime farming districts. Both milling and sheep farming were very profitable. On 10th May 1850 Mortlock married Margaret Tennant at Port Lincoln and they had a family of six children, including William Tennant Mortlock who was later to own Martindale Hall, near Mintaro in the mid-north.

When the Halifax Street mill was destroyed by fire in 1857, Mortlock abandoned that business and settled on Eyre Peninsula. His pastoral investments expanded further into property on the Peninsula and also, in 1867-68, into the northern areas of the state, at Mount Arden, Angorichina and Yudnapinna. The latter station alone stocked 100,000 sheep. Mortlock had the ability to select good overseers for his properties and his own commercial expertise assisted in his pastoral success. He held directorships of a number of companies and amassed a considerable fortune. In August 1858 a parcel of land he sold to John Harvey, a farmer at Tumby Bay, became the first piece of real estate registered under the Torrens Title system after the Real Property Act came into force. Mortlock had another significant interest, horse racing, and he always kept a number of horses in training.

He was noted for his liberal views and in 1868 he won the seat of Flinders in the House of Assembly, holding it, apart from a break during a trip to England, until 1884. He and the Penola pastoralist and member for Victoria, John Riddoch, gained notoriety in November 1872 for an emotion-charged incident at Parliament House. They had been locked out of the chamber during a debate and when they asked to be admitted were refused. Tempers flared and the two excluded members forced the doors open and made their way to their seats. There was great uproar at their behaviour, although others finally admitted that they were entitled to enter the chamber, even though their means of doing so was rather hasty and tempestuous.

Despite this outburst Mortlock was known as a generous and forgiving person. If he heard of anyone in need he was quick to respond and meet the situation. Although he was not seen as a brilliant politician he was much appreciated by the community he served and perhaps the greatest disappointment of his life was his defeat at the 1884 elections. He settled at Medindie in his later years and died on 10th May 1884, shortly after the electoral loss that had so saddened him. 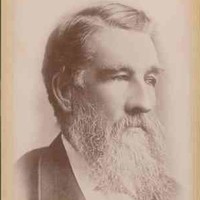 Image courtesy of the State Library of South Australia, SLSA: B 11343, Public Domain 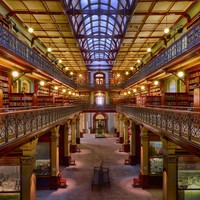