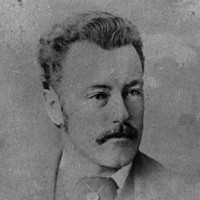 Gosse emigrated with his family to Adelaide; he attended the Adelaide Educational Institution and excelled at drawing.
1859

Gosse became a cadet in the Government Survey Office at a time when the Sturt and Stuart expeditions were making news in South Australia.
1868

Surveyor-General George Goyder chose Gosse to lead a major government surveying expedition into Australia's interior. The purpose of the expedition was to map a route to Perth from the newly-completed Overland Telegraph Line station at Alice Springs.
1873

Three months into the Alice Springs-Perth expedition, Gosse became the first European to view and provide a written description of Uluru (Ayers Rock).
1874

At the age of 32, Gosse was appointed Deputy Surveyor-General for South Australia.
1881

Thirty-year-old widower William Christie Gosse was employed at the South Australian Survey Office when he was sent, in 1873, by Surveyor-General George Goyder to explore the centre of the vast Australian continent. It was a journey which would make the name of this short-lived civil servant a household word.

He was born on 11th December 1842 in Hoddesdon, Hertfordshire, England, the son of William Gosse, a doctor, and his wife Agnes (née Grant). In 1850 the family emigrated on the Elizabeth to South Australia where William attended the progressive Adelaide Educational Institution of John Lorenzo Young and distinguished himself in, amongst other things, drawing.

In 1859 he became a cadet in the Government Survey Office at a time when the colony was thrilling to the intrepid explorations of men such as Sturt and Stuart. Perched on the edge of a vast unexplored wilderness, the children of the pioneers were turning their sights to the lucrative possibilities of extending European civilization into the interior of the continent.

On 8th November 1868 Gosse married Gertrude Ritchie but a year later he was hastily called back from his survey work in the bush to be with her as she died. He continued travelling the distant stretches of the colony, impressing his superiors with his abilities.

In 1873 he was chosen by George Goyder to lead a major government expedition to map a route from the newly completed Overland Telegraph Line at Alice Springs to Perth. The exploration party consisted of Gosse, his brother Harry, Edwin Berry, Henry Winnall, Patrick Nilen, three Afghan camel-drivers (Kamran, Jemma Khan and Allanah) and an Aboriginal boy named Moses. With camels, horses and wagon, the party set out from the Alice Springs telegraph station on 23rd April 1873. Almost three months later, on the 19th July, Gosse made a momentous discovery, becoming the first European to set eyes on Uluru. He wrote with some feeling: ‘The hill, as I approached, presented a most peculiar appearance. . . When I got clear of the sandhills and was only two miles distant, and the hill for the first time coming fairly into view, what was my astonishment to find it was one immense rock rising abruptly from the plain . . . I have named this Ayers Rock. . . [It] appears more wonderful every time I look at it, and I may say it is a sight worth riding over 84 miles of spinifex sandhills to see.’ By September he had decided it was pointless to go any further, having found so little water, and the party returned by a different route, reaching Charlotte Waters on 19th December. The expedition, though it did not succeed in its original aim, nevertheless provided detailed information of more than 60,000 square miles of country, paving the way for John Forrest’s west-east crossing the following year.

At the same time as Gosse’s expedition, another party, led by Major Egerton Warburton, set out with the same objective and managed to cross the Great Sandy Desert to reach Charles Harper’s station in northern Western Australia. The rival parties scrupulously avoided each other.

On 22nd December 1874 Gosse married Agnes Hay. During his explorations he had named both the Agnes River and Mount Hay, probably for his fiancée and her father. Gosse was a handsome man with a pleasant smile which was considerably enhanced by a dimple in his cheek. Lionel Gee, writing in the Register in 1928, commented, ‘The dimple was always there, and when angered by some piece of stupidity of a subordinate, the culprit would do well not to mistake that dimple for a smile.’

In 1875 Gosse was appointed Deputy Surveyor-General for South Australia. He died on 12th August 1881, aged only 38, and was buried at North Road Cemetery. 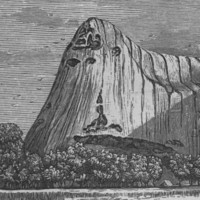 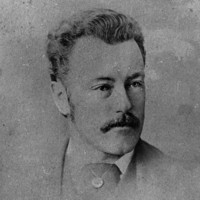 Evans, B., From weavers to wapstraws: The story of Margaret Maxwell Kelly, her family and her descendants (Adelaide: Hooper, 1993).