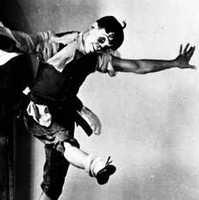 Robert Helpmann was comprehensively described by Ninette de Valois, the head of the Vic-Wells Ballet, as ‘talented, enthusiastic, extremely intelligent, witty, cute as a monkey, quick as a squirrel. . . . On the debit side, academically backward, technically weak . . . too busy having a good time’. Helpmann’s career began as a dancer and his final performance, in the ballet Checkmate, was only weeks before his death. In that time he established himself as a master in a greater variety of the performing arts than anyone else in Australia.

He was born in Mount Gambier, South Australia, on 9th April 1909, the son of stock-buyer James Murray Helpman [sic] and his wife Mary (née Gardiner). The family moved to Adelaide when he was five and his mother was quick to encourage her children’s interest in the stage. Robert began dancing classes with Nora Stewart and was later taught by Louise Larsson. His professional training began in 1926 when Anna Pavlova agreed to his father’s request that Robert become a student of her partner, Novikov.

After the Pavlova company departed, Helpmann was engaged by J.C. Williamson as a soloist in musical comedies. In 1931 the English actress Margaret Rawlings visited Australia and, impressed by his performance, she and her husband invited Helpmann to join them. He created and performed a short ballet as a curtain-raiser to their play Happy and Glorious and also had his first acting role with them. In 1933 he accompanied the Rawlings to London where they gave him an introduction to Ninette de Valois. He was accepted into the Vic-Wells ballet school and then into the company. His chance came when the leading dancer, Anton Dolin, left and Helpmann took over his role as Satan in the ballet Job. He also became the partner of the leading ballerina Alicia Markova. When Markova left, Margot Fonteyn was groomed as ballerina and Helpmann’s experience aided her enormously. His own career also developed and he showed great versatility in dramatic, heroic and comic roles.

Aware of his academic limitations, he set about improving his education in all the arts and, as he had already decided he would add acting to his activities, took voice training lessons. He did not wait to retire as a dancer before performing opposite Vivien Leigh in A Midsummer Night’s Dream in 1937. For some years he led a hectic life, appearing as an actor at Stratford and commuting to London to dance. In 1942 he choreographed his first major ballets, the masque Comus, in which he recited Milton’s lines, The Birds and Hamlet, which he based on the line ‘For in that sleep of death what dreams may come’. Miracle in the Gorbals followed two years later. Films were added to his career and with The Red Shoes (1948) his name, together with that of Moira Shearer and Leonide Massine, became world famous.

He was awarded the Order of the Cedars (Lebanon), Knight of the Northern Star (Sweden), a Queen Elizabeth II Coronation Award and in 1964 a C.B.E. He was Australian of the Year in 1966 and was knighted in 1984, the same year that a new theatre in Mount Gambier was named after him.

While guest artist with the Australian Ballet in 1986 he became ill and died on 28th September. He was cremated. Helpmann was the first Australian performing artist to be given a State funeral, which was held at St. Andrew’s Cathedral, Sydney. A bust of him by John Dowie is situated in the Adelaide Festival Centre. 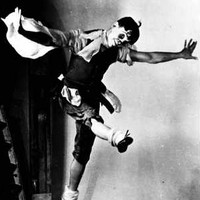 Sir Robert Helpmann, c. 1946. Helpmann is portraying ‘Mr. O'Reilly’, a role in the ballet ‘The Prospect Before Us’ 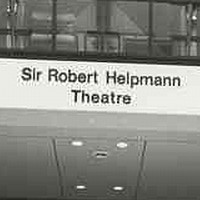 Yes indeed, a great Sth. Australian.. I didn't know that he was born in Mt. Gambier. I was born in Millicent, which is near the Mt. but closer to the Victorian border.