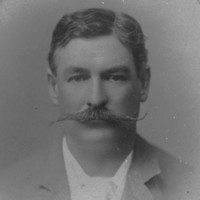 Richard Chaffey Baker was a leading conservative politician who played a significant part in the formulation of the Australian Constitution and was also instrumental in the creation of a coherent set of conservative values that were crystallized in the National Defence League, an early precursor of today’s Liberal Party. Born at North Adelaide, South Australia, on 22nd June 1841, the son of pastoralist John Baker and his wife Isabella (née Allan), he came from a family environment that made it easy for him to choose public life over a business or legal practice. Educated at Eton and Trinity College, Cambridge, England, he later became independently wealthy through investments in the pastoral and mining industries. He was called to the Bar at Lincoln’s Inn in 1864 but returned home to set up a practice in Adelaide.

On 23rd December 1865 he married Katherine Edith Colley and they had three children. In 1868 he was elected to the House of Assembly for the seat of Barossa and in 1870, as Attorney-General, he became the first South Australian-born minister of the Crown. After a six-year break from politics, he was elected to the Legislative Council in 1877, where he remained until 1900. In 1893 he was elected as the Council’s President.

Baker was a short man with fine features, a full head of hair and a large moustache that turned up at the edges. Socially and politically he was a conservative, but not of the reactionary kind. Where the greater good was concerned he was a pragmatist and it was his willingness to compromise that made him such an effective contributor to the federal movement. Nonetheless, he fought hard for his ideas with a dogged determination that often roused the ire of his opponents and earned him the epithet ‘Bully Baker’.

One of the few on the other side of politics who was able to get under Baker’s skin was Charles Cameron Kingston, radical liberal Premier of South Australia and, like Baker, a leading federationist. In December 1892, after exchanging invective in parliament, Kingston sent Baker an English bulldog revolver, challenging him to a duel. Wisely, Baker chose instead to lunch at the Adelaide Club and notified the police, who arrested Kingston with a loaded weapon in Victoria Square. For the rest of his life Baker boycotted Kingston, refusing to deal with him except on official occasions.

Baker was a member of both the 1891 and 1897-98 Federal Conventions. For the former he prepared a widely-used and influential booklet on the pros and cons of the various forms of Federation and he later produced several other pamphlets on the subject. He argued for a strong Senate to protect the rights of the smaller states and rejected the British form of responsible government on the grounds that it was incompatible with Federation. He unsuccessfully proposed that the Senate be given equal power with the Lower House in all legislation, including money bills, and advocated an equal number of ministers elected by both houses of Parliament. Re-elected to represent South Australia at the 1897-98 convention, he became Chairman of Committees.

Without a hint of irony, Baker considered himself a republican as well as a monarchist. For him, republican government was something Australian colonists already had. A committed Anglican, he had numerous interests that reinforced his conservatism. He was Chairman of the Adelaide Club and the Adelaide Jockey Club, President of the Royal Agricultural and Horticultural Society and a Trustee of the Savings Bank, as well as sitting on the boards of several pastoral and mining companies.

He was appointed C.M.G. in 1886 and K.C.M.G. in 1895. In 1901 he was elected to the Senate in the first Commonwealth Parliament and was its first President, remaining so until his retirement due to ill-health in 1906. He was widely respected for his decisiveness and fairness. 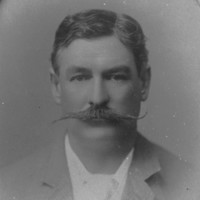 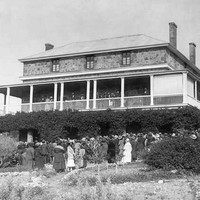 La Nauze, J.A., The making of the Australian constitution (Melbourne, 1972).