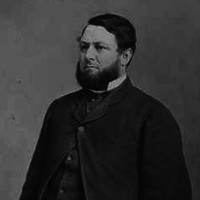 Henry Ayers was born in Portsea, England, on 1st May 1821, the son of dockworker William Ayers and his wife Elizabeth (née Breakes). Little is known about the family but it is clear that they were not wealthy. Henry was educated for six years at the Beneficial Society’s School for poor children and at the age of eleven began working as a clerk for a Portsea solicitor. On 14th June 1840 he married Anne Potts and in the same year the couple emigrated to South Australia aboard the Fairfield on an assisted passage. Ayers soon found work as a solicitor’s clerk and as a law stationer. He and his wife had eight children, six of whom survived to adulthood.

In 1845 Ayers was appointed Secretary of the South Australian Mining Association, a position he was to hold until his death. The Association’s shareholders soon became the owners of the Burra Burra Mine, nicknamed ‘the Monster Mine’. In his administrative role, he managed the mine and its staff with an iron hand and fastidious attention to detail for 52 years. He was hard-working, frugal and competent in running an enormously complex and vastly profitable industrial operation, but to the workforce he was ruthless and miserly. His main concern was always the generation of profit and he frequently exhorted the operators of the mine to cut costs. The rights and living standards of the workers were never a priority for him.

Ayers consolidated his newly-acquired wealth by becoming a financial adviser and agent. He was a substantial shareholder and a board member of several notable companies, being for many years Chairman of the Boards of the Savings Bank of South Australia, the Australian Mutual Provident Society, the S.A. Gas Company and the Bank of Australasia in its South Australian operations. Described as ‘one of the safest and acutest financiers in South Australia’, he became an exceedingly wealthy man. In 1846 he purchased a modest residence on North Terrace and over a twenty-year period transformed it into the mansion now known as Ayers House.

On a voluntary basis, Ayers gave his time and skills unstintingly, although he rarely donated money. The only substantial benevolent act with which Ayers was associated was the construction in 1882 of the Lady Ayers Homes, a number of row-houses in Kingston Terrace, North Adelaide, for widows, the aged and the infirm poor.

Although he came from humble and inauspicious origins (contemporary gossip said that he dropped his ‘h’s), Ayers and his associates came to dominate the political and commercial life of the colony. He had an extensive political career, entering the Legislative Council in 1857 and serving as its President from 1881 to 1893. He held the office of Premier seven times between 1863 and 1873 in a conservative but fluid political environment. He represented South Australia at several intercolonial conferences, including those dealing with uniform tariffs and customs duties, telegraphic communication with Europe, and the Suez mail contract. At the latter conference, in 1873, he succeeded in arranging for overseas mail steamships to call at Glenelg.

Ayers was appointed C.M.G. in 1870, K.C.M.G. in 1872 and G.C.M.G. in 1894. He died on 11th June 1897 and was buried at West Terrace Cemetery. Though his obituaries fulsomely praised his career, Henry Ayers was a hard-headed, determined and aggressive businessman, often self-serving and opportunistic. Politically he was clever and adroit, if unimaginative. In 1877 the editor of the Register wrote, ‘Sir Henry Ayers will require only a very small piece of paper upon which to inscribe all the work originated and carried out by himself for the good of the country.’ 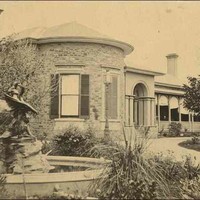 Image courtesy of the State Library of South Australia, SLSA: B 7926, No known copyright restrictions 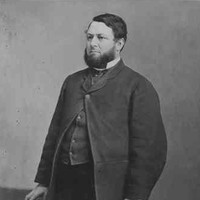 Image courtesy of the State Library of South Australia, SLSA: B10797, No known copyright restrictions 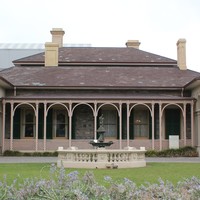