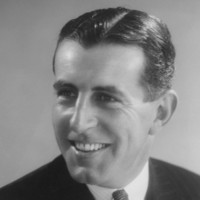 Edward Waterfield Hayward (known as ‘Bill’) was born in Adelaide, South Australia, on 10th November 1903, the son of Arthur Dudley Hayward and his wife Mary Anne (née Pagan). His grandfather was a partner in a retail business in 1876 and became Managing Director of John Martin & Co. in 1889. He was later Chairman of the board, being succeeded by Bill’s father.

Bill Hayward was educated at St. Peter’s College, Adelaide, where he was awarded his colours in cricket, tennis and athletics. Following school, he became a jackaroo on a large station in New South Wales and rose to be overseer. After three years he acquired his own property near Narrabi, was elected to the local council and was a founding member of the local polo club.

In 1930 he took an apprenticeship with Snows, a large Sydney retailer, and the following year joined John Martin’s. In 1933 he inaugurated the annual Christmas pageant, a parade of bands, colourful floats and fairy-tale characters proceeding through the streets of Adelaide to the ‘Magic Cave’ at John Martin’s store in Rundle Street. Though the firm no longer exists, the pageant survives as the city’s biggest pre-Christmas family occasion.

On 12th February 1935 Hayward married Ursula, the daughter of Mary and Tom Elder Barr Smith (q.v.). The couple shared a great love of the arts and artists. They built the mock-Tudor mansion ‘Carrick Hill’ at Springfield and filled it with paintings, sculptures, antique furniture, silverware and other treasures. The staircase and oak panelling were acquired from a demolition sale in England while they were on their honeymoon. Having no children, they bequeathed their home with its contents to the people of South Australia. It is now maintained by the state government and is open to the public.

In 1940 Hayward enlisted in the 2nd/43rd Battalion of the Australian Imperial Force and saw active service in the Middle East, New Guinea and Borneo. He rose to lieutenant-colonel and headed the Army Canteen Service. He was twice mentioned in dispatches and in 1945 was awarded the U.S. Bronze Star.

After the war he established the John Martin’s antique department at Kent Town and its art gallery. In 1950 he founded Coca-Cola Bottlers (Adelaide) Limited, after obtaining the franchise from the United States, and was Chairman of its board for 33 years. He was Chairman of the Council of the Order of St. John (1950-76) and President (1976-83). His efforts were largely responsible for the merger of the St. John Ambulance Brigade with South Australian Ambulance Transport in 1951. He was made a Knight of the Order of St. John in 1959. He was a foundation Governor of the Adelaide Festival of Arts, a Director of the Bank of Adelaide and of Bennett & Fisher Ltd. and Deputy Chairman of the Finance Corporation of Australia Ltd. He also created a top-class Hereford cattle stud at his property ‘Silverton Park’, near Delamere.

Hayward was knighted in 1961 and in 1964 became Chairman of John Martin’s. His first wife died in 1970 and on 30th June 1972 he married Jean Bridges. In 1973 he was named South Australian Father of the Year in honour of his forty-year association with the Christmas pageant. He died on 13th August 1983 and was cremated.

Sir Edward Hayward was known as a leader and innovator who inspired enthusiasm and loyalty in his colleagues and employees. He had a puckish sense of humour and a keen love of art. His unusual personality is remembered by all who knew him. 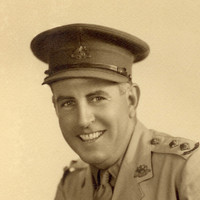 Collection of the Carrick Hill trust, Adelaide; The Hayward Bequest. Not to be reproduced without permission. 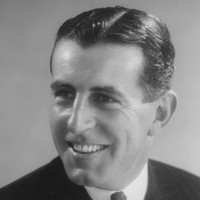 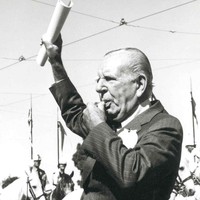 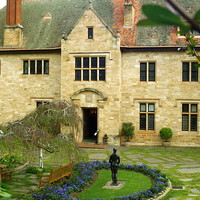