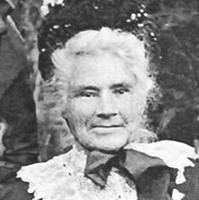 Sarah Francisco (née Whelan) was one of Port Adelaide’s most notorious residents during the latter half of the nineteenth century. First brought before the court for drunkenness in 1872, Francisco went on to amass a total of 295 convictions, and holds South Australia’s record for the most arrests meted out to a single individual. In addition to drunkenness, the litany of charges brought against her included indecent language, assault, resisting police, riotous behaviour, abusive language, and disturbing the peace. After nearly 40 years as an object of derision, ridicule and (to a lesser extent) sympathy, Francisco changed her ways and became an outspoken advocate of the Salvation Army. She was subsequently touted as a model of reform until her death in November 1916.

Very little is known of Sarah Francisco’s origins and early life. She was born in Ireland in 1840, and her father—a blacksmith with the last name Whelan—sent her to live with an aunt following the death of her mother in 1844. In the wake of Ireland’s Great Famine of the 1840s and 1850s, Sarah Whelan’s elder sister migrated to Australia. Whelan followed some years later and embarked aboard the immigrant ship Peeress for Port Adelaide, where she arrived on 7 November 1866. The 26-year-old travelled to South Australia as a single woman and—based on information derived from the Peeress manifest—was identified as a ‘remittance’ emigrant whose passage to the colony was sponsored by a naturalised citizen (almost certainly her eldest sister). Whelan’s occupation was recorded as a ‘servant’ at the time of her arrival.

In 1867, Sarah Whelan married Genoese-born seafarer John ‘Frank’ Francisco at St. Patrick’s Church on Grote Street in Adelaide. Curiously, her maiden name was recorded as ‘Wearing’ in the marriage register, and would later be written alternately as ‘Well’ and ‘Wells’ on the birth record for each of her two sons. The reason(s) for the spelling discrepancy are unknown, but may have resulted from the name being written phonetically, mispronunciation or misunderstanding of the name as spoken, or even a simple transcription error. It is worth noting that Frank Francisco’s last name was also erroneously written (as ‘Francsico’) on both birth records.

Frank and Sarah Francisco’s sons, Joseph and John, were born in 1868 and 1869, and became Sarah’s sole source of happiness in an otherwise bleak marriage. Frank Francisco was reportedly a chronic alcoholic who spent the vast majority of his time either fishing or loitering in town or at home. He was also incredibly abusive towards his wife, and is said to have made several failed attempts to seriously injure or kill her. In one instance, Sarah Francisco was struck by her husband in the face with a brass candlestick, leaving her physically (and no doubt emotionally) scarred by the incident for the remainder of her life. Around the time of the birth of his second son, Frank Francisco complained of pain in his ankle and was reportedly bed-ridden by this ‘injury’ for the next three years. On the advice of physicians, he departed Port Adelaide in 1871 for a short-term convalescence, and is said to have never returned.

Sarah Francisco often assumed responsibility for her children’s upbringing due to her husband’s intemperate behaviour. However, in the wake of his departure she became the family’s sole provider and carer, and often worked long hours cleaning homes and businesses with her sons in tow. The workload Francisco took on to feed, clothe and house her children meant that she was often unable to devote much attention to their supervision. Tragically, it was just this scenario that resulted in the death of son John, who fell from the edge of a ‘cutting’ where he and his brother were playing while their mother cleaned a nearby property. The grief and guilt Francisco felt at her child’s loss is said to have been the catalyst that propelled her descent into alcoholism. This stands to reason, although it is interesting to note that John Francisco’s death occurred in 1874, and Sarah Francisco’s first reported court appearance on drunkenness charges took place in July 1872. There is little doubt that the boy’s loss exacted a mental and emotional toll on his mother, however, as she was arrested for being of ‘unsound mind’ in January 1875, and as a ‘pauper lunatic’ four months later. In both instances, Francisco was committed to Adelaide’s Lunatic Asylum for a brief period.

Between January and December 1875, Francisco and her surviving son moved from a residence on Lefevre Peninsula to a house on Nile Street in the heart of Port Adelaide. During this same span of time, her appearances before the court increased, and in each instance she was either fined or committed to the Lunatic Asylum. Her protracted absences (and deteriorating mental state) necessitated that Joseph Francisco be placed in the care of friends, as occurred in May 1875. He was subsequently enrolled in Port Adelaide’s Free Industrial School, which provided free education to the town’s poor and destitute children.

Sadly, the measure appears to have been short-lived. Joseph Francisco appeared in court two years later, charged with being an ‘uncontrollable child’. He had been ‘taken…out’ of school by his mother, who stated her belief that she could properly care for him before being confronted with the enormity of her work obligations. Francisco also highlighted her husband’s absence and failure to serve as a guiding force in Joseph’s life. The magistrate’s response was to send the boy back to the Industrial School and fine Sarah Francisco five shillings per week in ‘maintenance’ (i.e., food and clothing) costs for the term of his enrolment. Joseph Francisco presumably returned to school, but he disappears from subsequent archival accounts of his mother and his fate is uncertain.

Once her remaining child was taken away, Sarah Francisco’s offending skyrocketed and she soon became one of the Port’s most notorious denizens. For the next 35 years, her many ‘exploits’ were frequently recorded in local newspapers. By the early 1880s, she was alternately described in court reports as an ‘old’ or ‘frequent’ offender. Curiously, her relationship status often changed as well, switching from ‘married’ to ‘widow’ and back over the course of just a few days or weeks. In 1886 (at the age of 46), she was described as a ‘tall, muscular woman, well on in years’ with an ‘Irish wit…[that kept] the Court in continual merriment’. Her strength and quick temper were legendary. In March 1892, on the occasion of her 151st conviction, she flung a chair at the magistrate after being sentenced to two months imprisonment. On another occasion, she resisted the efforts of seven constables to arrest her, and was ultimately bound to a horse-drawn trolley and taken to lockup. While incarcerated at Adelaide Gaol, she developed an affinity for one particular cell in No. 2 Yard and vehemently insisted on being placed there—whether or not it was already occupied. When refused access to ‘her cell’ on one occasion, Francisco threw off her hat and shawl, assaulted the gaoler, and started a fight with other inmates.

As humorous as some of these anecdotes are, they also reveal an emotionally fraught woman who was hopelessly caught in a vicious cycle of addiction. On several occasions, Francisco managed sobriety—or at least avoided arrest—for a few months at a time, but ultimately ended up back before the courts. She attempted suicide at least once by throwing herself across railroad tracks in front of a train bound from Port Adelaide to Semaphore, but was rescued by the police and sent to gaol for six months. As she aged, her iron will and constitution began to fade, and she was often observed wandering the Port’s streets in threadbare clothing. In February 1895 she reportedly broke her arm while intoxicated, but insisted the injury was the result of an assault by the constable who arrested her. Her story was disregarded and she was sentenced to three months imprisonment. Three years later, an ‘exhausted’ Francisco was rescued from a waterhole after becoming trapped in it ‘up to her waist’ for nearly eight hours. As her health continued to fail, she was repeatedly offered residence at Adelaide’s Destitute Asylum but steadfastly refused to consider the option.

On the evening of 27 March 1912, a Port Adelaide constable discovered Francisco asleep on the doorstep of a house on Nile Street. She was not intoxicated, but suffering the effects of exposure. Although feeble and clearly homeless (her arrest was the result of having been observed sleeping on the doorsteps of other homes in the Port for four consecutive nights), Francisco implored the magistrate to refrain from gaoling her. She was found guilty of having ‘insufficient means of support’ and sentenced to fourteen days imprisonment. Only one day after her release on 11 April, Francisco was arrested again—this time for insobriety. Sentenced to three months, she was transported to Adelaide Gaol for what would turn out to be her last term of incarceration.

Within a day of her release from prison, Francisco returned to drink. She was apprehended on North Parade in an inebriated state on 13 July 1912, and proclaimed to the court two days later that her level of intoxication—incredibly—exceeded anything in her prior experience. There was yet another surprise: when asked to enter a plea, Francisco shocked the magistrate and court staff by uttering ‘guilty’ for the first time since her first arrest in 1872. Offered three months in gaol or the opportunity to serve her sentence in Salvation Army custody, Francisco accepted the latter option and took up residence at the Salvation Army Home on Gilbert Street in Adelaide.

Although Francisco never entirely gave up alcohol and occasionally returned home in an inebriated state, she also managed to avoid further arrest. She developed rheumatism and required a walking stick to get around, but remained actively involved in Salvation Army activities until the last year of her life. Sarah Francisco was 76 years old when she died at the Roberts’ home in Queenstown on 2 November 1916. Over the course of her life she was convicted 295 times, spent over sixteen years in Adelaide Gaol on short sentences, was committed to twelve-month terms on five different occasions, and spent Christmas Day in gaol twelve times. Many of her sentences were served concurrently; had she been incarcerated for the full terms for which she had been convicted, she would have been expected to serve over 180 years in gaol. 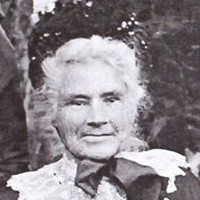