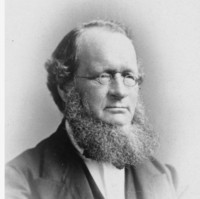 Elected first chancellor of the University of Adelaide

Richard Davies Hanson (1805–1876), a London-born, Nonconformist lawyer, developed an interest in settling South Australia in association with Edward Gibbon Wakefield and Robert Gouger. Experience as Lord Durham’s assistant commissioner inquiring into crown lands in Canada, and as crown prosecutor and newspaper editor in New Zealand, persuaded him to settle in South Australia.

Arriving in 1846, he threw himself into politics. Campaigning against state aid to religion, he was appointed advocate-general and became an official member of the Legislative Council, 1851–56. Elected by the City of Adelaide to the first parliament under responsible government, Hanson held many offices between 1857 and 1861, including premier and attorney-general.

An intelligent and conscientious reformer, Hanson introduced 46 bills as advocate-general and 21 as attorney-general while maintaining an important private practice (renowned for cases such as the defeat of the Anglican claim to the cathedral site in Victoria Square). He was also a significant liberal member of the select committee that wrote bicameralism, broad manhood franchise and the secret ballot into South Australia’s Constitution. Hanson replaced Charles Cooper as Chief Justice in 1861, thereby vexing the idiosyncratic Benjamin Boothby.

Knighted in 1869, Hanson was an insightful theologian and author, dedicated to the cause of education, who enthusiastically supported the University of Adelaide’s foundation. Elected its first chancellor in 1874, he died before presenting his inaugural address. 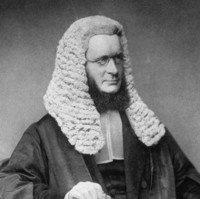 Image courtesy of the State Library of South Australia, SLSA: B 7013, Public Domain 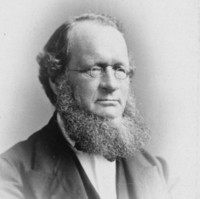 Image courtesy of the State Library of South Australia, SLSA: B 22103/61, Public Domain 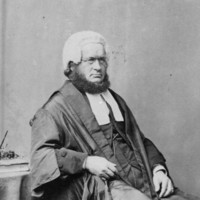 Image courtesy of the State Library of South Australia, SLSA: B 5850, Public Domain