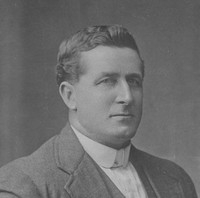 A militant trade unionist, his victories included the 1916 campaign for a 44-hour week for Broken Hill miners. Brookfield won a New South Wales parliamentary by-election as a socialist anti-conscriptionist in 1917 and pursued a strong left-wing agenda.

Shot at Riverton Railway Station while en route to parliament in Sydney in 1921, Brookfield died next day in the Adelaide Hospital and was buried in Broken Hill after the city’s largest-ever funeral. The shooting, by a mentally unstable Russian who had already wounded several people before Brookfield’s attempt to disarm him, has sometimes been mistakenly considered a political assassination. 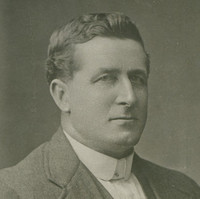 Image courtesy of the State Library of South Australia, SLSA: B 69875, Public Domain 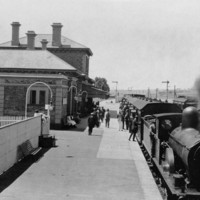 Image courtesy of the State Library of South Australia, SLSA: B 68909, Public Domain

To whom it may concern.
I have been looking for photos and history of P.J. Brookfield's Hospice in Adelaide I feel there is not enough credit given to him on this service He helped to provide there.

Thanks for that Allan,
We'll need to do some further research.

Hi Cathy
I am hopping you have some ore information for me on P.J. Brookfield and some photo's of his hospice. I have been researching the history of workers west of the deviding range of N.S.W. as this is the 100 year anniversary of Communism it adds to the story of workers lives back then. I am just getting over a stroke but hope to be back fully in the new year

Hi Allan, I'm afraid there's nothing in our collection. It's something we'd love to know more on in the future but we haven't got anything further yet.