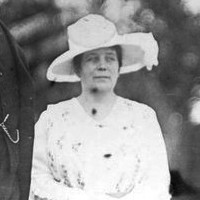 Elizabeth Maude Hannam was born on 3 February, 1870 in the pioneer township of Tungkillo founded in 1861 (originally called South Petherton), 5kms from Mt. Pleasant on the Adelaide – Mannum Road and 60kms north-east of Adelaide Town. Elizabeth (known as Lizzie to family members) had six siblings, four brothers and two sisters. They were the children of Tertius James Hannam, from Somerset, England who arrived in Adelaide in 1853 and Sarah Sabrina Holmes, born in Calais in 1842. Her parents emigrated to South Australia in 1849, from France, where Elizabeth's grandfather, William Lawrence Holmes was a lace designer, respected for his artistic talents. They had fled France due to the revolution.  The Hannams were married at St. Johns Church, Adelaide in 1862 by Reverent Ibbitson and took up land on their own account at Terlinga Station near Mt. Torrens. They were a united family who remained close throughout their lives, sharing family and civic functions. Elizabeth's mother, Sarah Hannam, was a source of continual support to her daughter during her life, passing away at the grand old age of 97.

Elizabeth showed an early aptitude for art and music. She attended Miss Aldersey's school Tsong Gyiaou in McLaren Vale and was awarded an Accomplished Certificate of Music in June 1886 and a Certificate of Merit in September 1886.  She acquitted herself well in all her subjects. Later she attended Norwood Art School and gained an honourable mention for art and needlework. She became an accomplished artist and six water colours of seascapes are a testament to her skills. The family have preserved her artist's palette and sketch books which are held in the State Library of South Australia together with a wealth of memorabilia. She also had a fine sense of humour and a little cartoon in her son’s autograph book attests to this fact.

Marriage and life as Lady Mayoress

Across the seas in England on 3 May 1870 a son was born to Charles Peter and Hannah Glover (nee Shortland) in Richmond, Surrey and in 1872 the family emigrated to Adelaide, South Australia.

This is where fate intervened because the boy was Charles Richmond Glover, later to become the first Lord Mayor of Adelaide, who was to meet and court Miss Elizabeth Maude Hannam.

Their wedding was a grand affair and took place on 17 May 1900 at St. John's Church, Adelaide which is the same church where Elizabeth's parents were married.  They set up home at Richmond House and in 1914 purchased St Andrews, a spacious mansion at 121/125 Kingston Terrace, North Adelaide where they were to live for all their married life. It was a union made in heaven and by 1906 when Charles Glover began his career on the Adelaide City Council as a Councillor his elegant wife was the perfect hostess to stand beside her husband and support him in all the civic, charitable and public functions.

Elizabeth was able to assist her husband in his duties as Alderman from 1909 to 1917 when he became Mayor. In 1918 a truly inspired venture was initiated by Mayor Glover and this was the creation of the Glover Playground on South Terrace which had the honour of being the first in the Commonwealth. Mayoress Glover explained that they did not think it appropriate to hold the Annual Ball due to the war so felt a  playground more beneficial with so many of the childrens’ fathers serving overseas.  In 1920 (by now) Lord Mayor Glover donated 500 pounds towards a second one situated at Lefevre Terrace, North Adelaide and in 1925 the third playground on East Terrace was completed.  There is no doubt whose influence was behind the venture as the abiding passion of the Lady Mayoress was children's welfare. The three Glover playgrounds are still operating today with modern equipment and still giving countless children so much pleasure.

In 1919 a formal request by the Adelaide City Council was made to King George V to proclaim Adelaide's first Lord Mayor and on 6 November 1919 this was granted.

As Mayoress, Elizabeth had already shown her ability to rally the women and men of Adelaide and raise funds for the troops. Through her Red Cross Women's Guild she organised working bees in the Town Hall and none was more evident than during the First World War years when the Glovers were in office. The Mayoress was instrumental in organising a large team of volunteers who took over the kitchen at the Town Hall to preserve fruit and tomatoes for the troops. Other women's teams congregated in the Mayoress' Rooms to knit socks, balaclavas and blankets for soldiers serving at the front. After the war Receptions were held in the Town Hall for hundreds of returned service personnel and fund raising continued at a steady pace.

For many years she served as President of the Women's War Memorial Committee, formed from the League of Loyal Women's Organisations, based on an idea by Miss Ethel Wyatt to build The Cross of Sacrifice Memorial which was unveiled on Anzac Day, 26 April, 1922 at the Pennington Gardens, North Adelaide. All the funds were raised by the women of South Australia.

The Glovers served three terms as Lord & Lady Mayoress – the 1919 term, again in 1923/1925 and again 1930/33. Throughout the three terms and beyond Elizabeth Maude Glover endeared herself to all and sundry. Newspapers of the day were glowing in their praise for the hard work and gracious manners of Adelaide's first lady.  The Lady Mayoress not only devoted many hours of her day to chairing meetings but was actively engaged in hands on fund raising and encouraging all walks of Adelaide society to get behind her pet projects which were many.

As Lady Mayoress she hosted many influential visitors from abroad and in her official capacity as State President of the Girl Guides' Association received Lord & Lady Baden-Powell during their visit in April 1931 where she formed such a good impression two letters of thanks were received from Lady B-P after their departure.  Another time the Town Hall was a buzz with excitement when a distinguished actress of the day, Lady Forbes- Robertson (Gertrude Elliott), was given an official welcome along with other theatrical actors and newspapers of the day reported every detail of outfits worn by the ladies and who was in attendance, including the floral arrangements which included beautiful roses and carnations. The Register reports on 18th November 1925...

Mrs. Glover looking very elegant in black georgette beaded in white and a touch of scarlet and a black lace hat with ospreys.

Her biggest moment, hailed as the greatest event in Adelaide’s theatrical history, was a Gala Night at the Theatre Royal on Saturday, 22nd September, 1924 when Dame Nellie Melba performed Lucia Di Lammermoor with the J C Williamson Grand Opera Company.  The Register reported...

During her time in office Lady Mayoress Glover supported many charities in her official capacity but her chief project was children's welfare and she became President of the South Adelaide Creche and Children's Hospital committee in 1930 where she worked tirelessly to improve children's welfare. In an article in Australian Homes & Gardens dated December 1 1930 she states...

...the mothers are all so appreciative of what is done for them.

Add to that her role as Chair of the Children's Hospital Red Cross sewing circle where bed jackets, pyjamas, booties, socks and flannels were made for the needy. Amongst other worthy causes she was President of the Army Nurses' Fund and vice-president of the Royal British Nurses. She also declared an interest in politics and worked enthusiastically for the North Adelaide Women's Branch of the Liberal Federation.

Garden Parties, Fetes and Civic Receptions were the order of the day and Lady Mayoress Glover loved to fill the Town Hall with colourful flowers and decorations. The Annual Lord Mayor’s Ball was always a glittering occasion where over a thousand guests were entertained. Their beautiful home ‘St. Andrews’ on Kingston Terrace, North Adelaide was thrown open on innumerable occasions for visiting dignitaries and all the newspapers of the era gave glowing reports. She embraced the latest fashions and was always ‘well turned out’ wearing the appropriate outfit for the specific occasion.  Newspapers of the day delighted describing in detail her dresses, hats and accessories, paying particular care to the colours chosen and type of material.

On their retirement in 1933 many gifts were presented including a silver padlock and key given to Lady Mayoress Glover and another she was particularly thrilled with was a leather handbag and Certificate of Appreciation from Adelaide City Council.

As well as the fund raising there were the Civic duties to organise and her duties at home, running a large house and keeping a splendid garden, which was one of her passions along with the many varieties of birds who came to find refuge amongst the trees. However, her greatest joy were visits by her grandchildren. She had a very close relationship with her daughter, Thelma (Mrs. Pavy of Naracoorte) and her son who was Sir Charles John Glover and served as Lord Mayor in 1960/1963.

On 27 October, 1936 tragedy struck. After only three years of retirement, Elizabeth became a widow, when her devoted husband, first Lord Mayor of Adelaide, Charles Richmond Glover, passed away from cancer.  She continued for the next 14 years serving the citizens of Adelaide and never stopped raising funds for her worthy causes. Her legacy of devotion to duty, carried out with dignity and good humour, especially for the little children, lives on in the charities with which she was associated.  On 7 October, 1950, at the age of 80, Elizabeth Maude Glover (nee Hannam) was laid to rest in the Glover family vault at West Terrace Cemetery and an era of a special citizen of Adelaide came to an end. 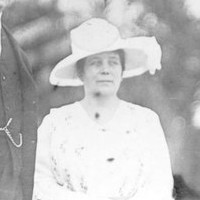 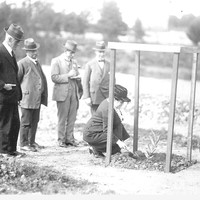 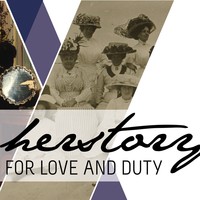 Photograph of Lady Mayoress Elizabeth Glover and Hannam family at beach – from Glover archives held at the State Library, Adelaide.

Photograph of Lady Mayoress Glover from article in The Register 18th November, 1925

Photograph of Lady Mayoress Glover from the Glover Family archives held at the State Library, Adelaide

Letter of thanks from Lady Baden-Powell from Glover Family archives held at the State Library, Adelaide (written on train after their visit 17th May 1931)  7.

Photograph of The Hannam Family with Lady Mayoress Glover from Glover Family archives held at the State Library, Adelaide visiting an hospital (not confirmed which one) – era 1900s.

Associated with:
Cross of Sacrifice