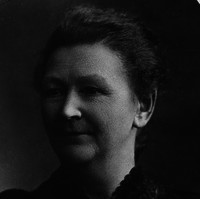 Anna Bartels was Mayoress of the City of Adelaide (married to the Mayor) between 1871 and 1873.

Anna Augusta Weidenbach was born on 30 October 1842, to Friedrich and Diosma Weidenbach in Dresden, Saxony, Germany. Anna arrived in South Australia with her parents and two brothers aboard the Pauline on 31 March 1848, from Bremen, Germany. According to the passenger list her father was a gardener.

Many German emigrants of the time came to South Australia to escape persecution. But some came to work in the newly discovered mining areas and others were encouraged by earlier German emigrants. A young single man by the name of August Friedrich Weidenbach, a coach-builder, had arrived from Bremen two years earlier, on a previous voyage of the Pauline; perhaps he was a close relative of the family. Anna’s father died in 1858 at the age of 42.

The couple were wed at the King of Hanover Hotel in Rundle Street, Adelaide. At the time, Adolph was that hotel’s licensee.

In December 1865, Anna took over the King of Hanover Hotel licence, and it appears the hotel was kept in the family for even longer. In 1879 following Adolph’s death, a relative of Adolph’s, Edwin Weidenbach, took over.

Adolph was Mayor of Adelaide from 1871 to 1873, during which time Anna took on the role of Mayoress. 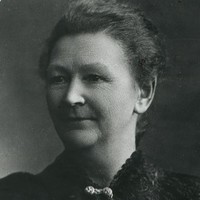 Image courtesy of the State Library of South Australia, SLSA: B 18072, Public Domain